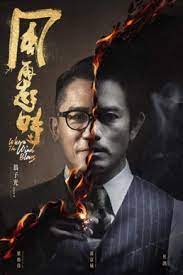 Despite his absence from Hong Kong for production, director YUNG shared his joy and excitement with a packed audience through a recorded message before the world premiere of his genre-bending magnum opus.

Where The Wind Blows, YUNG’s long-awaited follow-up to the critically acclaimed Port of Call (39th Closing Film), is an ambitious, genre-bending epic loosely based on the rise and fall of the notorious “Four Great Sergeants” in 1960s Hong Kong.  The film centres on the friendship and rivalry between two resourceful police detectives who forge dangerous alliances with organised crime.

HKIFF46 is going hybrid again with screenings and audience-engagement events in theatres and online for 17 days until 31 August. The complete programme and screening schedule are available at HKIFF’s official website (www.hkiff.org.hk).  Tickets can still be purchased through URBTIX.