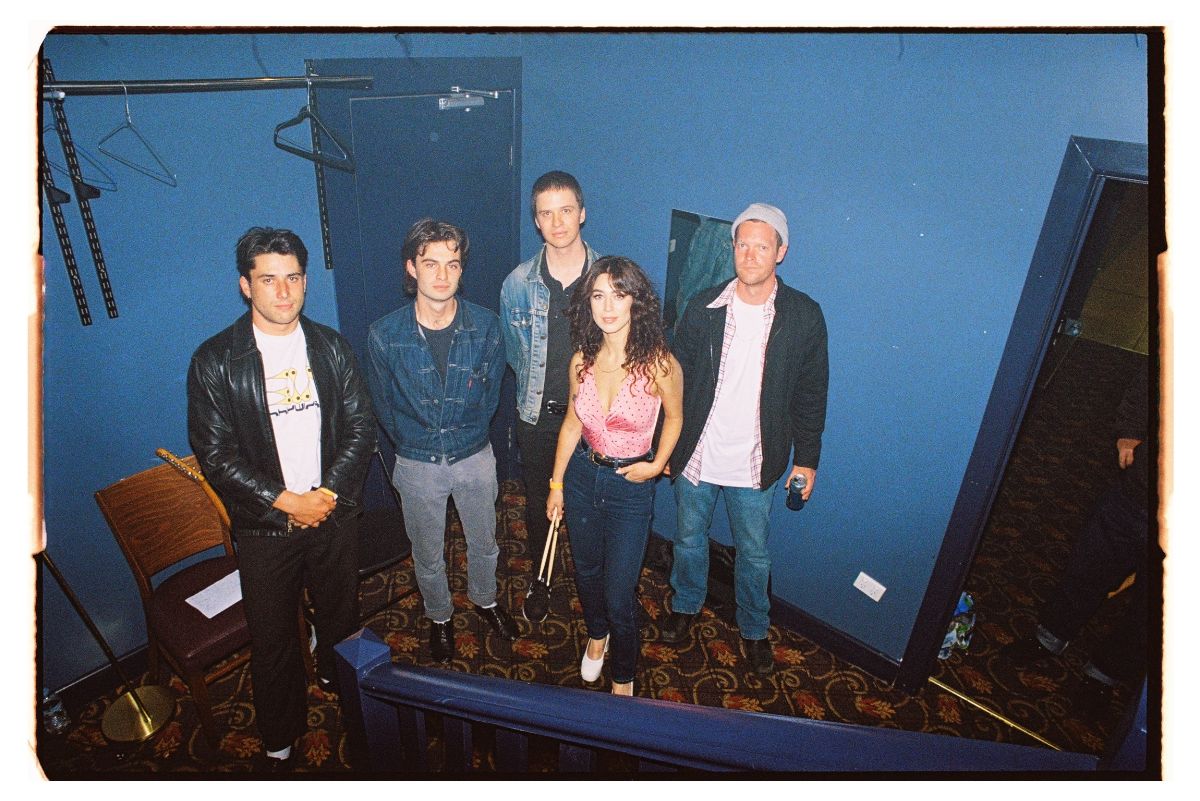 With their national run with The Chats kicking off tomorrow in Hobart, Melbourne’s new three-guitar power pop act The Prize have launched an eye-catching new video for the title track of their debut EP Wrong Side Of Town.

The group and their label Anti-Fade have also announced a repress of the EP, which sold out immediately upon release last Friday. New red vinyl and blackvinyl editions can be pre-ordered via Bandcamphere, while a very limited white vinyl run on white vinyl with an alternative sleeve can be pre-ordered from Rough Trade in the UK here.

Today the band’s drummer/vocalist Nadine Muller sat down for a chat with Dave Griffiths about the tour.