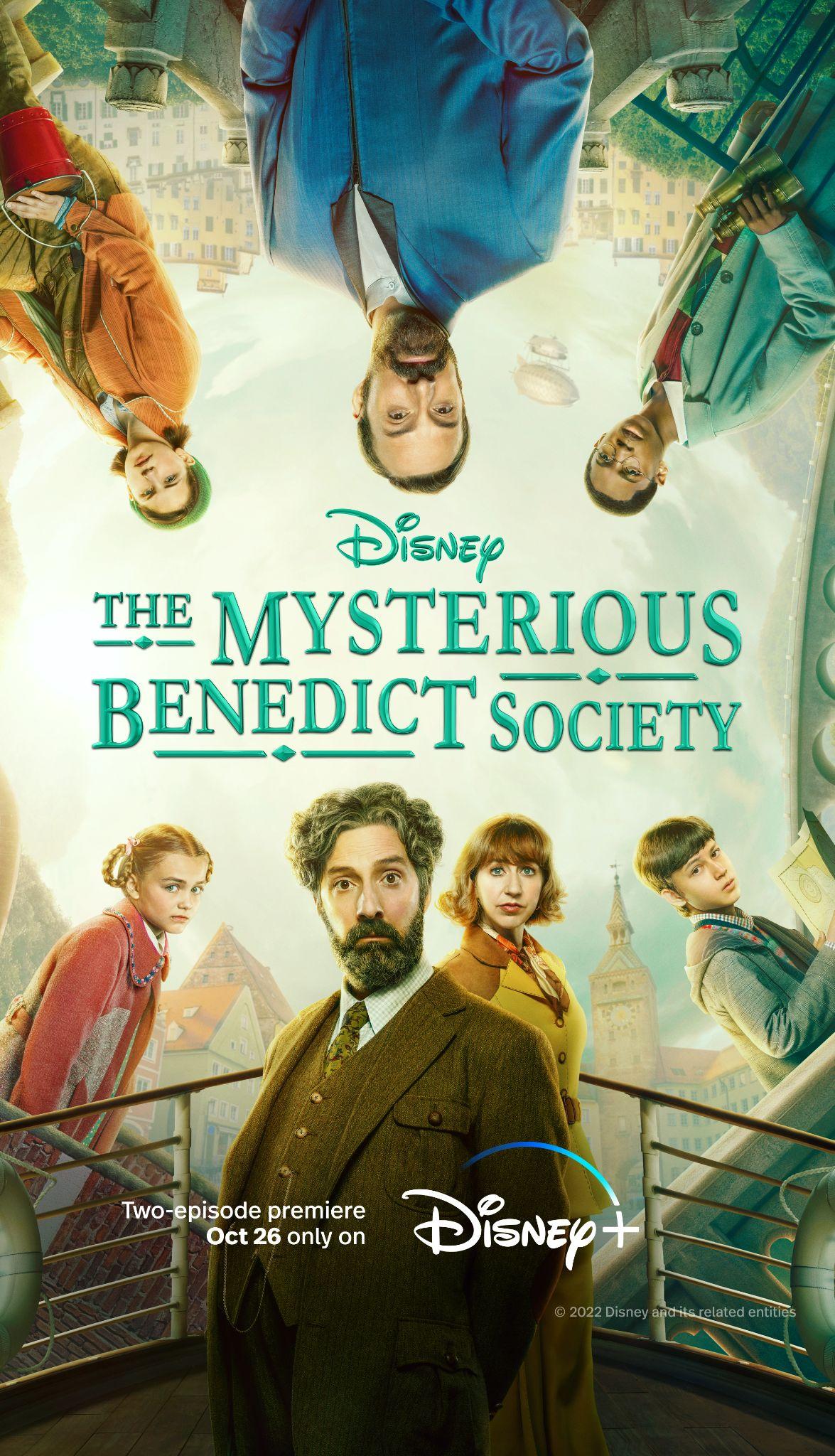 Today, Disney+ unveiled the key art and trailer for the sophomore season of the Original series, “The Mysterious Benedict Society,” from Disney Branded Television and 20th Television, which will return with a two-episode premiere on Wednesday, October 26 on Disney+. This season, Reynie, Sticky, Kate and Constance, the four gifted orphans who were recruited by the eccentric Mr. Benedict (Tony Hale), embark on another mission to save the world from the nefarious plans of his twin brother Dr. L.D. Curtain (also Hale). The Original series, based on the New York Times bestselling book series by Trenton Lee Stewart, will debut new episodes weekly on Wednesdays, streaming on Disney+.

When the kids discover that Mr. Benedict and Number Two have been kidnapped, they must piece together the riddles and clues within a perilous scavenger hunt set by Mr. Benedict to foil Curtain’s latest scheme. Relying on only their wits, intellect, and empathy, the charming group of misfits embark on a globe-trotting adventure by air, land, sea and pie truck, calling upon their special skills to solve the mysteries and rescue their lost comrades. Along the way, the kids experience the growing pains that come along with being part of their new “found family”, while remaining true to their unique selves. In the process, they discover what true happiness really means.