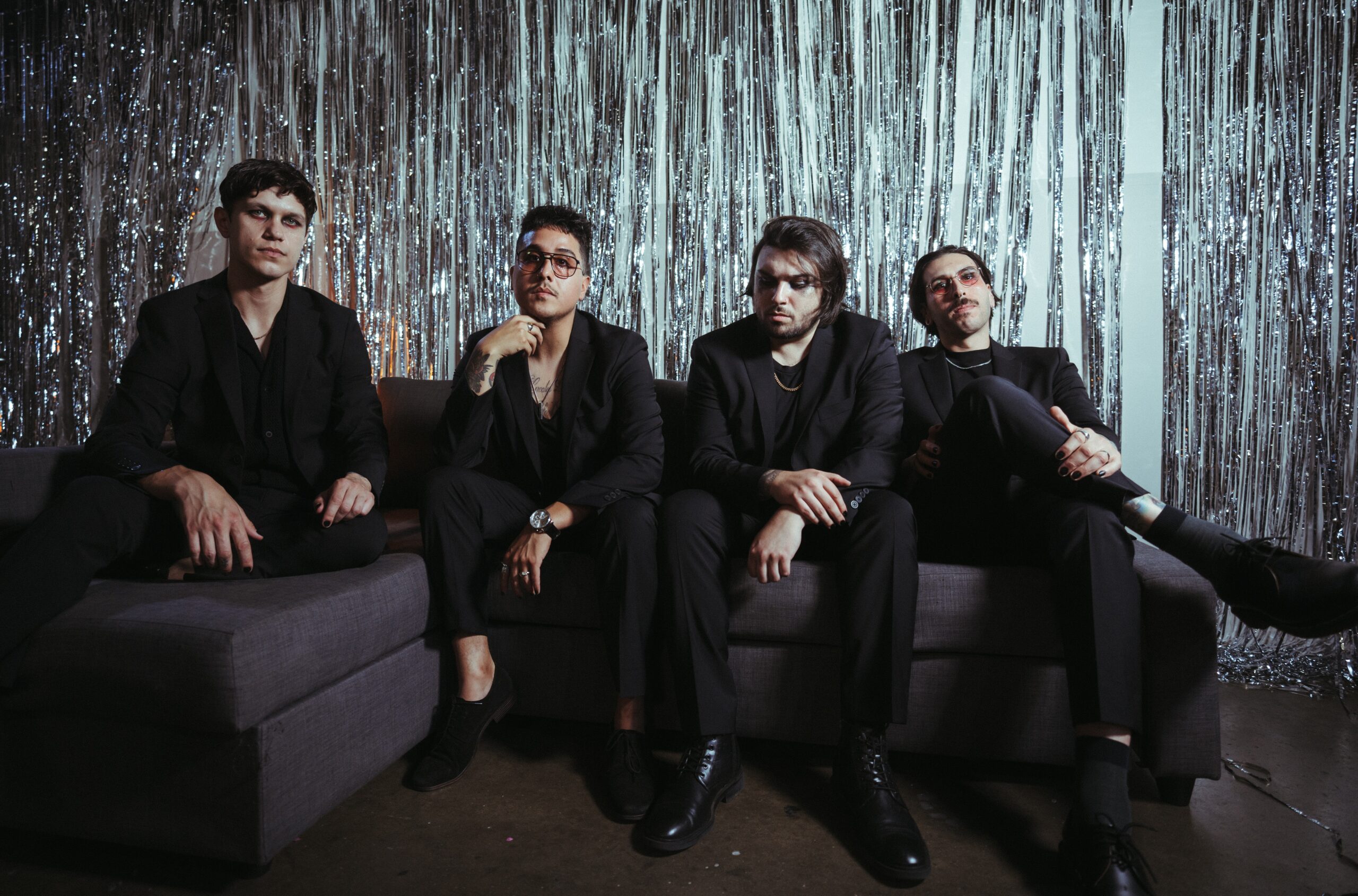 Southern California’s Dayseeker share the twinkling video for the latest single “Crying While You’re Dancing“. The band will drop their new album ‘Dark Sun‘ on November 4 via Spinefarm Records. Pre-order it here.

“Crying While You’re Dancing,” drills down on the album’s incredibly personal concept. Watch it here.

“‘Crying While You’re Dancing’ is about those people you know who pretend to have the time of their lives while it’s clear to everyone around them that they’re spiraling,” says singer Rory Rodriguez.

As mentioned, ‘Dark Sun‘ is incredibly contemplative. “Dark Sun is a collection of songs that deeply explored my personal life over the last two years,” Rodriguez previously shared. “Most of it is written about my father’s passing, about how it felt like the sun burned out the day he passed, and how the world is a little darker without him in it.“

Dayseeker are a quiet killer. The band has steadily built a buzz over the past several years — and they have reached a tipping point. Dayseeker built themselves into a scene standout with 2019’s ‘Sleeptalk‘, which was hailed by Alternative Press as “a warm and welcome release to higher ground” and as “much needed fresh air into the post-hardcore scene.”

Dayseeker made a massive impression on Australian audiences on their first ever trip down under in July, playing main support for Thornhill alongside Gravemind and Banks Arcade on the wildly successful ‘Heroine Live Across Australia‘ tour. Due to popular demand, Dayseeker added and debuted an exclusive Aus headline show to a packed out Stay Gold in Melbourne with alt. and The Last Martyr, performing ‘Sleeptalk‘ in full for the first time in Australia.

The album has gone on to accumulate over 150 million streams, and it positioned the band as a formidable force — and one that is primed to take its next big leap. In 2021, the band dropped a deluxe version of ‘Sleeptalk‘, featuring four reimagined versions of album tracks, which offered fans a fresh and unique take on songs they already love. It also demonstrated the depth and breadth of the band’s creative vision, scope, and possibilities.

However, ‘Dark Sun‘ will be Dayseeker’s moment and is set to catapult the band beyond the scene’s stratosphere. Dayseeker are back on the road this November supporting Bad Omens across the US.

“Crying While You’re Dancing ” is out now and available on all platforms via Spinefarm Records.