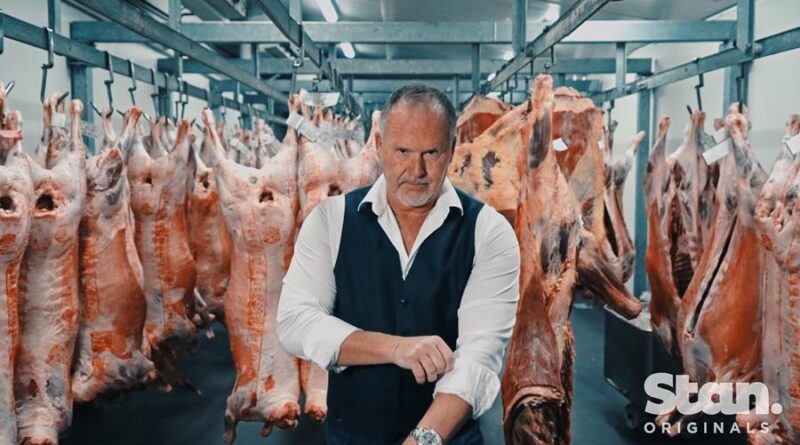 Stan today announced the Stan Original Documentary Show Me The Money, will return in 2023 showcasing one of the most unpredictable and dramatic AFL trade periods to date. Show Me The Money II will be back as a feature-length documentary premiering February 2023, only on Stan.

In the 2022 AFL off-season, 34 players were exchanged in a tumultuous trade period. Number one picks changed hands, superstar players in their prime were put on the block and the introduction of the salary dump trade caused a frenzy in clubland. It is a thrilling ride littered with offers, counter-offers and the never-ending quest for leverage and Show Me The Money II is there every step of the way.

From JAM TV, the team behind the AACTA-nominated Fearless: The Inside Story of the AFLW and Making their Mark, Show Me The Money II returns to lift the lid on one of the most turbulent trade periods in the game’s history and the collection of colourful characters that helped shape it: The Player Agents.

With unprecedented access to the final day of trade showdown at Marvel Stadium, known as Deadline Day, our agents will be tested to their limits. This is not a place for the faint of heart. This is a battleground all on its own.

Connors Sports Management:
Paul Connors is one of the most influential figures in the game. The business he started by mortgaging his house in the late nineties is now home to over one hundred players including big names such as Patrick Dangerfield, Christian Petracca and Bailey Smith.

Business partner Robbie D’Orazio is a genuine star of the industry. Driven, ambitious and an incredible relationship-builder, Robbie is a masterful negotiator who is at his best when in the throes of a complicated deal. The third member of the team is Nick Gieschen. Nick has been an accredited agent since 2007 and has built a great reputation amongst the clubs and has a great eye for talent. He manages some of the game’s biggest stars including the likes of Clayton Oliver and Ollie Wines.

Corporate Sports Australia:
Colin Young is a giant of the industry. Uncompromising in the pursuit of the best deal for his player, Colin has a no-nonsense reputation for getting the job done. The charismatic founder of CSA player agency division, he has a raft of talent on his books and rules the roost out West. It’s his way or the highway. Alongside Young is former AFL key forward Andrew “Doogs” McDougall, the yin to Young’s yang, a cerebral influence who is building an impressive player portfolio of his own.

Hemisphere:
The home of Scott Pendlebury, Harry McKay and Jeremy Cameron, Hemisphere is one of the leading player agencies in Australia. The team is helmed by former No. 1 draft pick Alex “Macca” McDonald with over thirty years experience in the business. Right-hand man, David “Trots” Trotter, has staked his claim as a premier agent through skilled deal-making and unflinching loyalty towards his clients.

JAM TV Chief Executive Officer Cos Cardone said:
“We are thrilled to be launching Show Me The Money II with Stan in February. The first series was incredibly well received and this year, we go to a whole new level given the extraordinary AFL trade period we witnessed. The sheer volume of trades, the big names, the big deals and last minute chaos has given us something compelling for footy fans, sports fans and non-sports fans alike.
Not to mention, it was the year that gave us the ‘Mega Trade’.
Show Me The Money is uniquely brilliant when it comes to storytelling: it is unscripted AFL drama without a football field in sight.”

Currently in production, the Stan Original Documentary Show Me The Money II premieres February 2023, only on Stan.