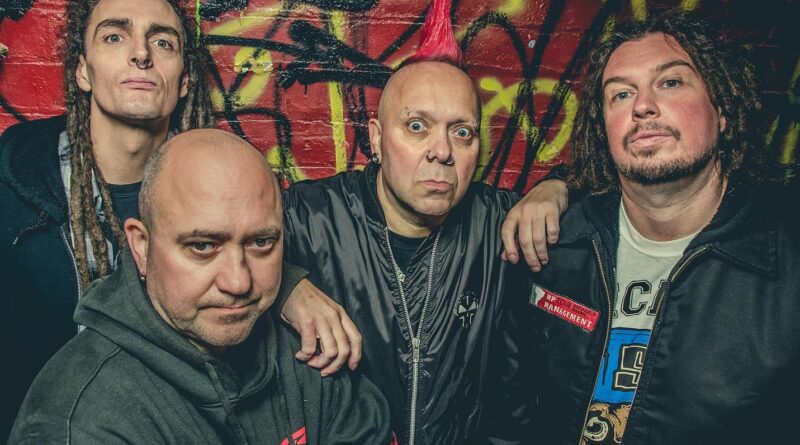 If you’ve got something to say, then shout it!

It’s 1980 and Wattie Buchan and his mates were pis*ed off. A country in disarray; dole queues that stretch forever; greedy politicians treating the people like shit… The only option is to give to punk rock what it has given to you — everything!

Thus were spawned THE EXPLOITED.

Oh the thrill of it all! Punk rock is all you have. It’s your lifeblood, the only thing that makes sense and the only thing to look forward to in a world with ‘no future’. And it’s fu*king exciting! The volume coursing through your veins to remind you that you’re alive.

There was no toning these Edinburgh punks down, no diluting their music for public consumption. Their debut album Punks Not Dead become the number one independent album of 1981. A year later Troops Of Tomorrow was released and is now recognized as one of the all-time classic punk albums. The Exploited launched a new breed of politically outspoken anarcho-punk bands and have inspired generations of punks, from originals such as Discharge, Agnostic Front and Anti-Flag, right through to today’s punk bands, as well as speed metal icons such as Anthrax & Slayer.

Anyone unsure of what The Exploited stand for need only read the label on the tin: the band’s albums include Death Before Dishonour, Beat The Bastards and Fu*k The System. The Exploited are fiercely socially and politically aware, covering everything from the Criminal Justice Act to the increasing use of Big Brother CCTV and never wavering from their anti-authoritarian, anti-war stance. The Exploited have been tear-gassed by German cops, banned from Holland, arrested in Spain, and have caused more carnage than a multi-car pile-up on the UK’s M1. Despite it all, The Exploited have remained steadfastly true to their roots – never selling out, and never bowing down.

Take a look around – The Exploited are just as relevant today as they were in 1980, and with the band’s loyal squadron of fans The Barmy Army in tow, The Exploited are set to unleash fury upon Australian and New Zealand.

You can stand on the sidelines or you can make a difference.