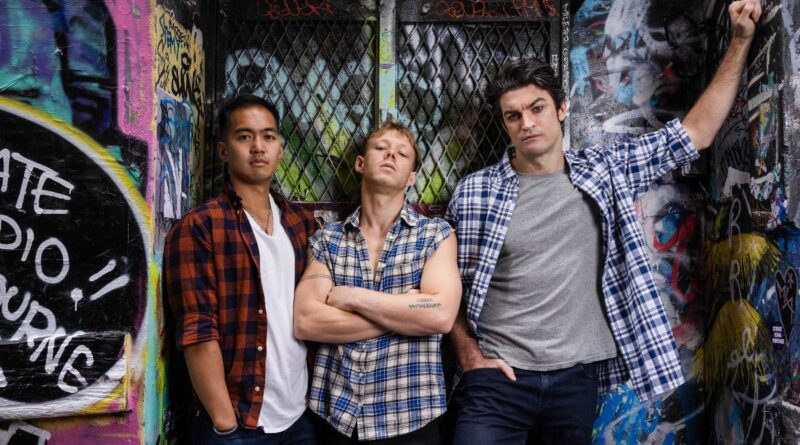 Playing for a strictly limited season from 9-26 March, be sure to grab your tickets while you can via theatrical.com.au.

Featuring songs from the Grammy Award winning multi-platinum album of the same name and its follow-up album release ‘21st Century Breakdown’, American Idiot tells the story of Johnny, Tunny and Will navigating a post-9/11 world and their journeys trying to break free from suburbia.

Music Theatre Guild Award nominated director Scott Bradley (Rock of Ages, Hairspray) explores the journey of the three young boys as they seek adventure and fulfilment beyond the constraints of their small-town lives through the music and lyrics of American Idiot.

“Theatrical are amazing to work with. It’s a joy to watch close friends and connections grow and foster, and it really reflects on stage and in the show we are doing,” says Scott.

The all-out rock opera features the entire tracklist of Green Day’s iconic album American Idiot, including the titular song ‘American Idiot’, ‘Wake Me Up When September Ends’, ‘21 Guns’ and ‘Boulevard of Broken Dreams’, amongst other fan favourites.

“When I saw the energy and skill in the dances and heard everyone sing together, I knew I really wanted to be a part of that. I’ve loved working with everyone involved in American Idiot and I can already tell this will be a huge, energetic, fun show,” says Mat.

An ensemble cast of nine talented stage performers round out the stage telling of a story that traverses the hardships and hope of youth.

Theatrical is a not for profit and registered charity from Executive Producer Andrew Gyopar (Spring Awakening, The Boy From Oz, How To Succeed In Business Without Really Trying, Rock of Ages, Seussical, Little Women the musical, If/THEN, Freaky Friday), an independent musical theatre company with a mission to engage with all minorities, and provide opportunities for disadvantaged and underrepresented groups who might not otherwise have access to musical theatre.

The company launched with a dedicated Theatrical Community Shed (Victorian Men’s Shed Association member), welcoming people of all gender identities, ability and ages. The program seeks to offer enriching training opportunities for those that may have not yet have had the privilege of access to theatre skills training.

Theatrical Community Shed is a place for non-performers to experience the joy of being part of a musical theatre production. Theatrical’s Community Engagement Manager Megan D’Souza says it allows people to use their skills, or learn new skills, to create part of the show and then get to see their work up on stage, meeting a whole lot of new people during the process.

“We have carpenters, fashion designers, interior designers, teachers and administrators who would never have considered themselves as theatre people before they got involved with Theatrical Community Shed. Not everyone can afford singing and dancing lessons and not everyone wants to be on stage in the spotlight. Theatrical Community Shed enables us to have a much more diverse community involved in creating musical theatre,” says Megan D’Souza.

Theatrical will run workshops this year for those who may not have had access to musical theatre, aimed at helping underrepresented groups of people build their skills and confidence in many disciplines of theatre production.