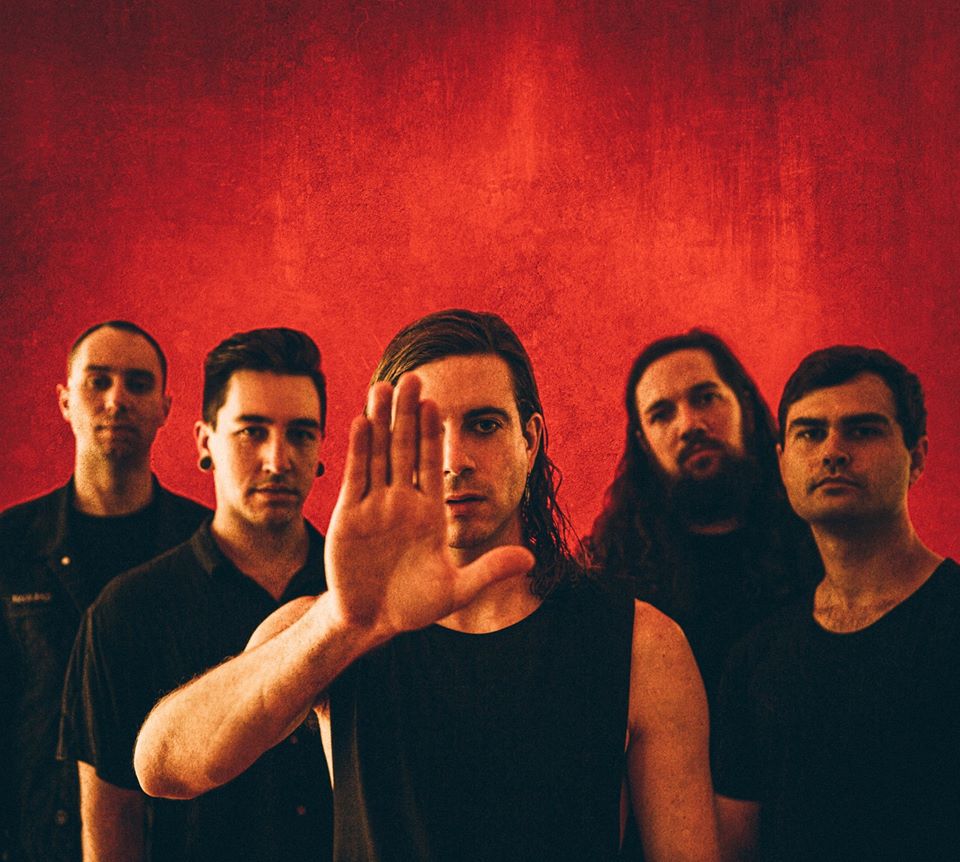 This week on Subculture we chatted to In Hearts Wake about their brand new album.

You can take a listen to the interview right here. 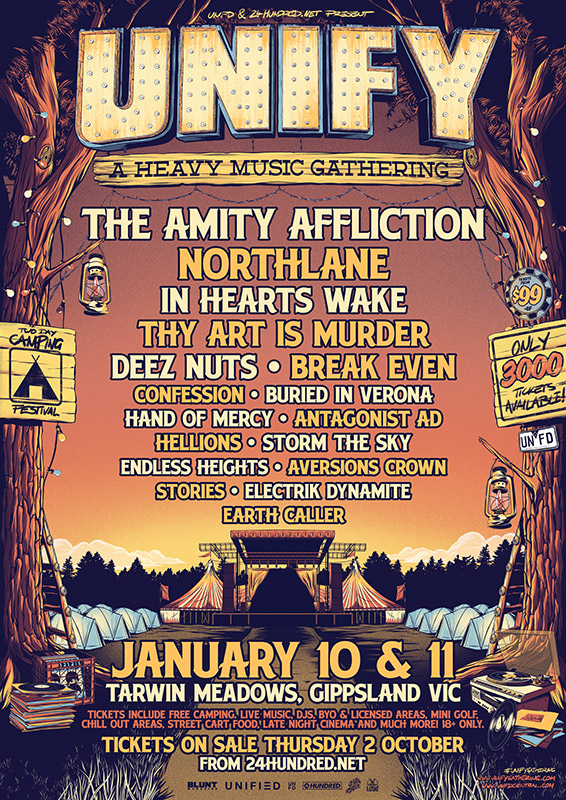 UNIFIED and THE HILLS ARE ALIVE are proud to announce the first year of a new event UNIFY: A Heavy Music Gathering. UNIFY is a two day boutique camping and music gathering set in the beautifully picturesque pastures of South Gippsland, a relaxed 2 hour drive from Melbourne. The site is set across a secluded Recreation Reserve surrounded by Greenery and just a short 10 minute drive from the ocean.

The concept is to create a community driven event of 3000 punters across the Punk, Hardcore and Metal world, with an all Australian lineup that showcases the quality and diversity of our heavy music culture. The site includes a camping area, full Stage and Production setup, BYO and licensed areas, and a punter friendly atmosphere. The camping element of the gathering is inspired by the European festival culture that takes place across their Summer.

Headlining the gathering will be The Amity Affliction, who recently sold out their entire ‘Let The Ocean Take Me’ tour including their Festival Hall show in Melbourne which sold out in under a week. With three Gold records and two number 1 albums under their belt, Amity have become one of the leading draws on the Australian touring circuit.

Northlane will also join the event, their first Australian show since their massive Free Your Mind tour in May and June, and their last before heading to record their highly anticipated third album. These shows will come shortly after playing 3000-7000 cap rooms across Europe with Parkway Drive this coming December.

Byron Bay’s In Hearts Wake will be playing in their perfect natural setting at UNIFY. Having received a huge buzz for their epic Soundwave performances earlier this year, they will bring their environmentally conscious message to South Gippsland for the first time.

Thy Art Is Murder have become one of the hardest touring metal bands on the planet, and have become a worldwide headline act in their own right. As the heaviest band on the lineup, and possibly in Australia, expect one of the craziest performances of the evening.

No party would be right without the boys from Deez Nuts showing up. They will be fresh from recording their fourth album when they take the stage at Unify, their first show since supporting The Amity Affliction on their recent Australian tour.

One of the key drawcards on the gathering will be the return of Break Even, who are reuniting to play UNIFY. As one of the most loved hardcore bands of the past decade, Break Even broke up in 2013. This reunion will be a reminder of what made them so special.

As well as live acts, UNIFY will also feature Live DJs, mini golf, sports-field, chill out areas, street cart food, late night cinema and much more. The site features both BYO and Licenses areas, and all tickets will include free camping on site. The event is strictly 18+.

Tickets for UNIFY start from $99 and are available from October 2nd. Tickets will come in special bundles that can include event-branded sunglasses, t-shirts, stubby coolers and posters. All tickets are available exclusively from 24Hundred.net with limited tickets available at certain outlets. For full ticket information please visit unifygathering.com/ticketing.