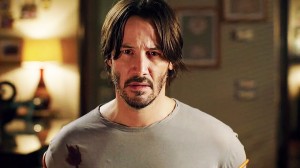 After the first wave of announcements last week saw the release of the official Monster Fest 2015 poster, that SCARE CAMPAIGN would be the opening night film, plus the announcement that this year’s special guests will include the likes of Butch Patrick (The MUNSTERS), Fred Williamson (FROM DUSK TO DAWN) and Dee Wallace (E.T.), Monster Fest, Australia’s premier cult and horror film festival, is proud to announce the second stage of programming and ticket sales for Monster Fest 2015 – 26th to 29th of November at Australia’s newest home of cult cinema, The Lido Cinema in Hawthorn, Melbourne.

In 1988 Melbourne director Ray Boseley created one of the greatest cult movies ever produced in this country, SMOKE ‘EM IF YOU GOT ‘EM.  Released only on VHS back in the day, the film has built a dedicated fan base over the years, who have yearned to see it once again in all its big screen glory.

Cast and Crew from both films, including John Jarratt, Greg McLean, Ray Boseley and Clayton Jacobson will be attending and presenting Q&A sessions post screening.

A BREAKFAST SCREENING OF E.T WITH SPECIAL GUEST – DEE WALLACE

Now fans (and newbies) of all ages can re-fall in love with E.T. as MONSTER FEST is proud to announce a special breakfast screening of E.T. THE EXTRA TERRISTRIAL during which fans will be able to meet actress Dee Wallace who plays Mary (the mother) in the family classic.

MONSTER FEST 2015 will see the World Premiere of a number of Australian films and we are proud to announce two of these today – BULLETS FOR THE DEAD and CAT SICK BLUES.

BULLETS FOR THE DEAD is directed by first time feature director Michael Du-Shane and tells the story of a hardened bounty hunter, a gang of outlaws in his trust and a preacher who are forced to work together and battle their way across the Wild West during the outbreak of a zombie apocalypse! The film stars Christopher Sommers (THE WATER DIVINER), Vanessa Moltzen (I AM EVANGELINE) , Hugh Parker (MY MISTRESS), Troy Mackinder (SANCTUM) and Emma Randall (DAYBREAKERS).

A Closing Night Awards Party, hosted by Melbourne’s ‘Queen of the Crypt’, Cherry Bites, follows the screening and will have festival goers rocking into the wee hours with a performance from much loved Melbourne rockers, ‘The Tarantino’s’!

TICKETING
For Monster Fest 2015 the tickets are easier and cheaper than ever before. All tickets, excluding Opening Night Gala and Party, will be available as individual session tickets, but with so much on, and with an All-day pass so damn cheap, and available now, why stop at one session?

$20 KOOKS & SPOOKS Trivia Extravaganza: Must be purchased as an individual session ticket – is not available with a day pass. ON SALE NOW

$40 Saturday All-day pass: Starts 11am Saturday, incudes all Saturday sessions, including THE HOWLING, Dee Wallace ‘Clip n Tell’ and midnight screening of THE HOWLING presented by Cinemaniacs and Dee Wallace

These tickets represent incredible value, EVERY film or session (excluding Trivia), for the price of 2 individual sessions – is there a better value festival ticket in this country? Probably not! ON SALE NOW

$50 Munsterpalooza (Sunday only): All the value of the Sunday All-day pass but with the extra value of exclusive access to the Lido rooftop for an afternoon of BBQ, Bands and Beer. Only 80 tickets available. ON SALE NOW

$60 Swinburne Mega Pass: Exclusive to current Swinburne University student cardholders. This ticket will get students into EVERY SESSION at Lido on Friday, Saturday and Sunday, excluding Kooks and Spooks Trivia.

* Does not include Dee Wallace Masterclass or Munstapalooza on the rooftop.