Melbourne Ahead Of The Curve For Oscar Picks 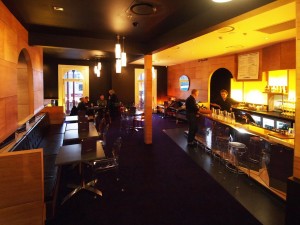 Melbourne audiences have once again proven that they are the most discerning film audience in Australia, with Cinema Nova besting the rest of the country at the Box Office for many of the films nominated for the 85th Academy Awards, announced today.

According to Cinema Nova General Manager Kristian Connelly, this is indicative of the fantastic taste of Melbourne audiences.

“These nominations are extraordinary. For one cinema to repeatedly top the rest of the country for many of the films picked as the best of the year indicates that Melbourne’s film culture is not only sophisticated but also extremely prognostic. Bookmakers should take note for next year’s Academy Awards,” said Mr Connelly.

“We are also delighted to have been chosen as the only Melbourne venue that will be showcasing the Academy Award Nominated documentary ‘Chasing Ice’ as part of the 2013 Transitions Film Festival, the Best Short Film – Live Action and Best Short Film – Animated showcase and an advance screening of Kon-Tiki, one of the picks for Best Foreign Language Film, three months ahead of its theatrical release,” said Mr Connelly.

Next Wednesday, Cinema Nova will be exclusively screening the English language version of Best Foreign Language Feature nominee Kon-Tiki (which was shot in both the Norwegian and English language) and hosting a Meet the Filmmaker Event with Academy Award-winning Producer, Jeremy Thomas (The Last Emperor). Tickets to this exclusive event are now available at: http://www.cinemanova.com.au/catalogue/meet-the-filmmaker/kontikimtf

The Oscars Short Film nominees will also be screening in programs dedicated to the ‘Live Action’ and ‘Animated’ selections, to be held at the cinema for limited sessions between February 16 and 24. Tickets and times will be launched soon.