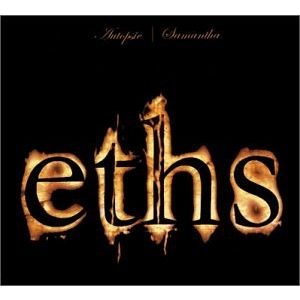 Sometimes timing really sucks! French death metal outfit Eths have risen to the point of super stardom in France and now they have decided to introduce their rare brand of death metal to the world… just one problem their lead singer Candice Clot has decided that this is the right time to quit the band for family reasons.

That has stopped Eths from continuing on their mission of letting the world hear their music though. No they are continuing on touring with fill-in lead singles and they have just released their two most popular EPs, ‘Autopsie’ and ‘Samantha’ together for the Australian market.

Death metal fans that are not aware of Eths though need to be warned… especially the traditionalists out there. There is a reason that Eths are labelled deathcore and it’s because their sound is something that will make traditional fans of death metal scream their lungs out.

There are times when Eths adhere to the traditional sound. Tracks like ‘Samantha’ and ‘Le Projet Humane’ show Eths death pedigree, but there is that ever lurking need to be experimental so in the middle of the brilliant screams from Candice Clot (she is truly amazing) you’ll suddenly hear DJ scratching and a mixture of other Nu-Metal tricks.

The one thing that really stands out about ‘Autopsie/Samantha’ is the sense of theatrics that Eths bring to their work. The spoken word and whispering that Clot delivers on tracks like ‘Porquoi’ and ‘Le Male’ provides real atmosphere while the sounds of people being tortured and graves being dug on other tracks really reminds you that despite all that is going on this is death metal.

Yes Eths may be more deathcore than death metal but if you’re looking for something new and amazing you’ll certainly have to check out ‘Autopsie/Samantha’.