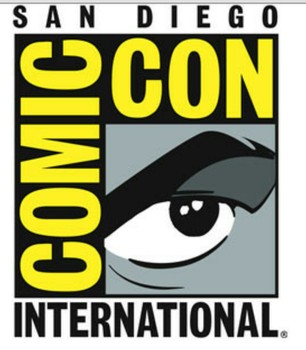 Warner Bros. Entertainment will plant its flag at Comic-Con International: San Diego this year with a huge presence, with each individual division touting its upcoming offerings, including Film, Television, Interactive and Home Entertainment, as well as a variety of product from DC Entertainment, whose celebrations in honor of 75 years of one of the world’s most beloved Super Heroes—Batman—will be in full swing.

On Saturday, July 26th, beginning at 10 a.m., Warner Bros. Pictures brings three of its most hotly anticipated films to this year’s Con: Peter Jackson will be on the main stage with “The Hobbit: The Battle of the Five Armies,” from New Line Cinema and Metro-Goldwyn-Mayer Pictures, and George Miller will be on hand to present a first look at “Mad Max: Fury Road,” from Warner Bros. Pictures and Village Roadshow Pictures. The Hall H audience will also get a peek at the Wachowskis’ original sci-fi actioner “Jupiter Ascending,” also from Warner Bros. Pictures and Village Roadshow Pictures. Attending stars will be revealed at a later date.

In addition to the Studio’s Hall H presentation, Warner Bros. will also host a pre-Con fan screening of New Line Cinema and Village Roadshow Pictures’ upcoming “cli-fi” thriller “Into the Storm,” directed by Steven Quale. The screening will take place on Wednesday, July 23rd at 10 p.m. at the Gas Lamp Theatre.