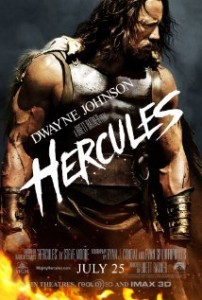 We have just received the brand new living poster for Hercules starring Dwayne ‘The Rock’ Johnson. In cinemas July 24, 2014!

Synopsis:             Both man and myth, Hercules (Dwayne Johnson) leads a band of mercenaries to help end a bloody civil war in the land of Thrace and return the rightful king to his throne.  A tormented soul from birth, Hercules has the strength of a God but feels the suffering of a human.  Unimaginable villains will test the mythical power of Hercules in Director Brett Ratner’s gritty take on one of the most epic action heroes of the ages.

You can view the Hercules living poster below: