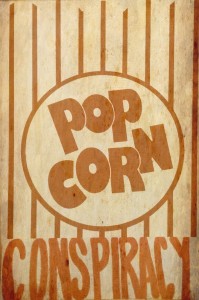 You know that great feeling when you’ve seen a good film and then you sit down and chat to your mate about it? Well that is exactly what Popcorn Conspiracy is. Before they were film journalists Dave Griffiths and Kyle McGrath were just two film lovers that would watch a movie and yack about it, and now they do that, record it, box it up and call it Popcorn Conspiracy. From the latest films at the cinema, to the latest on VOD/DVD/Blu-Ray and sometimes even the odd film they’ve pulled off their shelf for a watch, the boys will always give an entertaining and in-depth look at any film that choose to have a chat about.

You can listen to past episodes of the Popcorn Conspiracy podcast below.