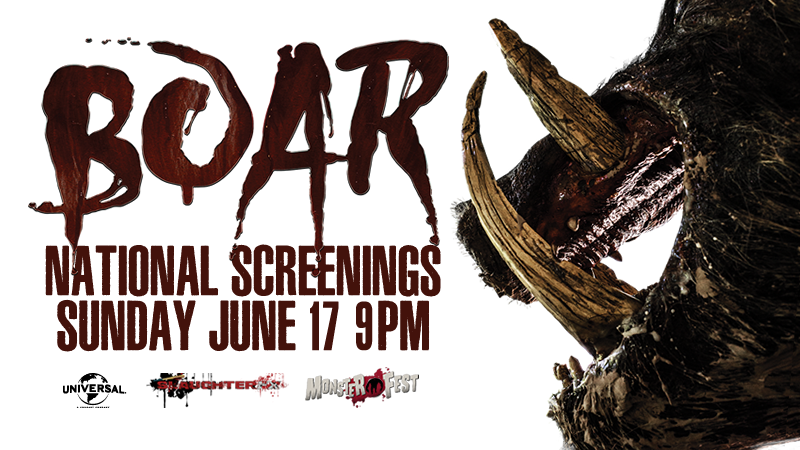 In the harsh yet beautiful Australian outback lives a beast, an animal of staggering size, with a ruthless, driving need for blood and destruction. It cares for none, defends its territory with brutal force, and kills with a raw, animalistic savagery unlike any have seen before. Believed nothing more than a myth, a legend brought to life by a drunken local, the beast ventures closer to civilization, closer to life, and ultimately, closer to death. It’s brutal, it’s bloodthirsty, it’s BOAR.