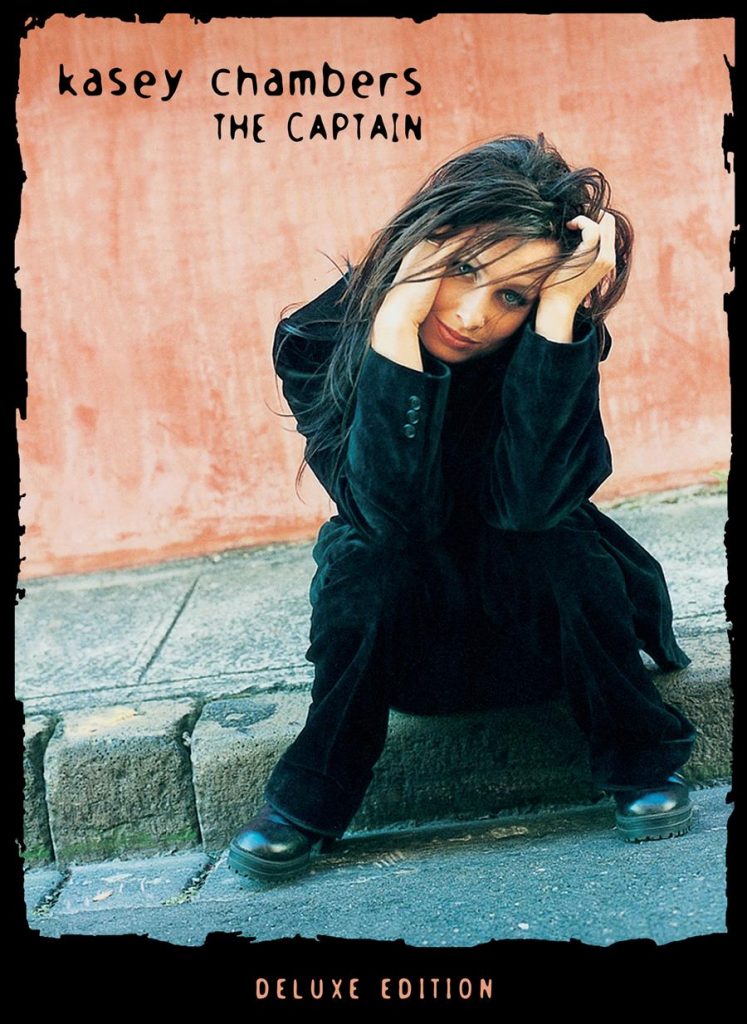 May 17, 1999 saw the release of one of the most lauded debut albums from an Australian artist, across any genre – ‘The Captain’ from Kasey Chambers. This ground breaking long- player was to change everything for the 22 year old singer songwriter, a blast of fresh air in the local country scene.  Off the back of ‘The Captain’, Kasey picked up her first solo ARIA Awards, for Best Country Album and Best Female Artist; the album would go Triple Platinum in Australia, reach the Top 50 of the US Billboard Country albums and launch Kasey’s music to the world.

Tomorrow, exactly 20 years to the day, Kasey Chambers unveils ‘The Captain’ 20th Anniversary Deluxe Edition, whilst the album is released on vinyl for the very first time!  This new package includes the 12 tracks from the original album plus ‘Hey Girl’(unearthed track), 7 tracks from the bonus edition (released in 2000), and 13 previously unreleased track-by-track interview pieces from 1999. The accompanying 32 page booklet has never before seen pictures of Kasey’s childhood, promotional and live images, and an image of the original handwritten lyrics for the title track ‘The Captain’.

Listen to Kasey discuss ‘The Captain’ back in a 1999 recording HERE.

Kasey will mark the release of ‘The Captain’ 20th Anniversary Deluxe Edition with an accompanying tour, reforming her original band to play songs from The Captain album alongside a “best of” career set.   It commences with a new date, September 12 at Melbourne’s Palms at Crown and traverses the country, winding up in Canberra on October 27 at the Playhouse Theatre CIC.

Following on from ‘The Captain, Kasey has released another 11 albums, each one cementing her place on the global country artist stage and garnering her a cabinet full of awards.  In 2018 she was the youngest female ever to be inducted into the ARIA Hall of Fame, reinforcing her place as one of Australia’s most revered and captivating performers.

Friday 13 SEPTEMBER – THE PALMS AT CROWN, MELBOURNE VIC  – SOLD OUT