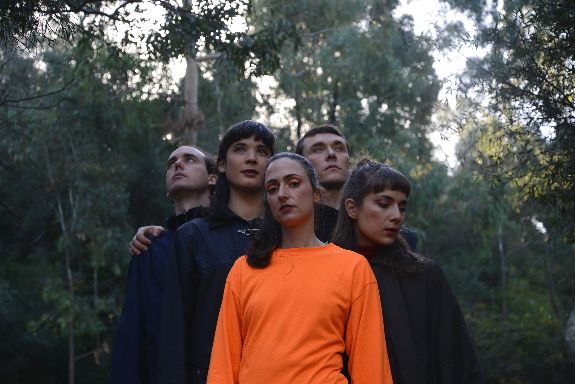 Lisa Salvo of On Diamond has crafted a cathartic journey from track one continuing on to track eight for the band’s debut self-titled release. Assisted by Evelyn Ida Morris, the LP’s opener, ‘The Ocean Floor’, is a gentle introduction to the themes explored throughout the album. It urges listeners to lean into their subconscious and let their psyche unravel. ‘How’was the second taste of the album released back in 2018, picking up ‘This Week’s Top Ten’ at PBS 106.7fm & No 3 in the Amrap Metro charts. ‘How’ manifests feelings of grief and disconnect, expressing confusion for a broken kinship. Following the course, another feature track ‘Poison Blood’ encourages a strong step forward in spite of past trauma.

Other album highlights include ‘The Purple Palace’ and ‘Laughing in the Face of the Big Door’. ‘The Purple Palace’ pays homage to the house most of the record was written in. The dreamy track represents Salvo’s deep connection to the house, as she realised the “Purple Palace” was a place inside herself. Meanwhile, ‘Laughing in the Face of the Big Door’ was inspired by a visual psychedelic sequence in an episode of Twin Peaks. The sequence mirrors Salvo’s own determination to progress even when a door appears closed.

On Diamond are thrilled to be hitting the road this week to celebrate the release with live shows at The Bridge Hotel in Castlemaine and The Gasometer Hotel in Melbourne.