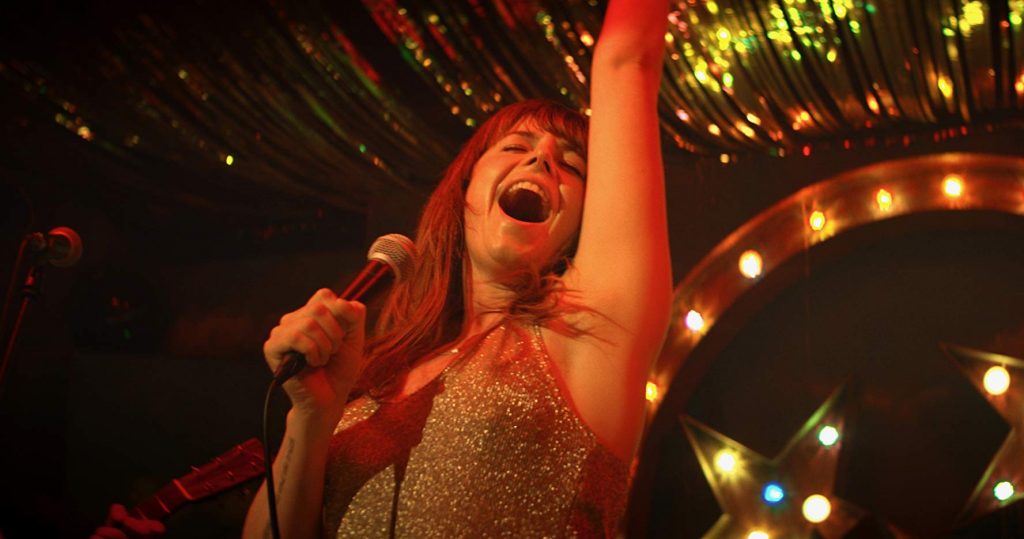 Every now and then a film comes along that you just know will launch its lead actor into super-stardom. That is certainly the case when you watch Jessie Buckley in Wild Rose. The gifted Irish actress has made a name for herself in television shows like Taboo but nothing quite prepared anybody for her amazing portrayal of a young woman who has just been released from prison and wants to try and make a name for herself as a country singer in Glasgow in brand new feature film Wild Rose.

“When I first got the script I got it through Tom Harper (the director of Wild Rose) who I had worked on War & Peace with,” says Buckley. “I just love him so much so he could have told me to lay down on a railway and I probably would of. Then I read the script and I was just blown away by the humanity of it. It felt like I was reading a prison break film for all these women that were trying to escape these limitations that society had been trying to tell them that they had to be in. Like for Sophie Okonedo’s character she has been given this life as a house-wife and through Rose-Lynn she breaks out of what her purpose is, and then Rose-Lynn kind of encourages all the women to be courageous and have wants of their own because she is so tenacious in wanting something for herself, and wanting something that is beyond what everybody has told her that she is allowed. I had never seen a female character be so bold, so rusty and unchained. Her bravery and tenacity just blew me away.”

“I grew up in a very musical household,” says Buckley when the conversation turns to the musical side of the film. “My Mom is a harpist and a singer and my Dad is always playing something, or singing, or writing poetry. So it was a very musical house and we listened to everything from Irish traditional music through to blues, jazz, musicals to classical. Yeah, my ears were always open to all kinds of music.”

“I hope it resonates with as many people as possible,” says Buckley thinking really deeply about her answer. “It is… um… it is about an ordinary person doing something really extraordinary and against the odds. She is told that she is allowed to dream and I think that is something that a lot of people relate to – young girls, older girls, men and women – and you know that it is scary to want something for yourself in your life and I hope that it will reach a lot of people realise that if you want something enough and if you believe that you have a purpose to do something that it is possible and you don’t have to sacrifice yourself for that, not who you are or where you come from… it certainly tells that story.”

Wild Rose is in cinemas now.