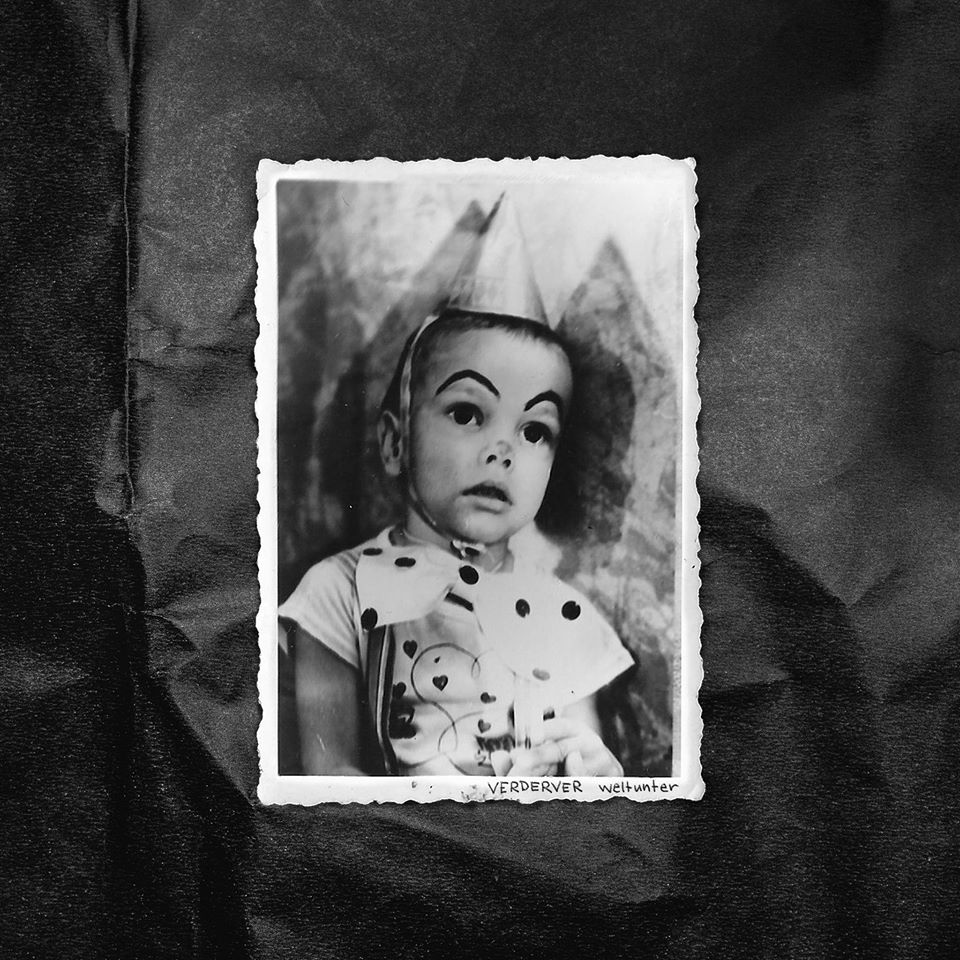 Maybe it makes me a little bit different to most heavy music fans but I’ve always had a bit of a soft spot for electronic music as well. Yes for every Cannibal Corpse and Nightwish album in my collection there is also an Underworld or Orbital album not far away. It is probably one of the reasons why I have embraced the more unusual and unique sounding bands out there rather than not being willing to give them a chance.

Now to my collection of very unique bands I add Germany’s Verderver a band whose sound caught me from the very beginning for a very strange reason. Flashback to the last ever Big Day Out and I found myself drifting away from the crowds and stumbling upon a tent that was pretty much deserted but coming out of it was some of the most amazing music I had ever heard – the music of The Algorithm. I instantly fell in love with it, so much so that they were my highlight of the day and I ended up checking them out when they returned to Australia a few years later.

So how does that relate to Verderver? Well as I sat down and started to listen to track one on their brand new album – Weltunter –  and ‘bang’ there was the heart and soul of The Algorithm, yes mixed in with the amazing old school death metal sound of Verderver is the electronic sounds of the great Remi Gallego… and from there I knew this was going to be a ride that I was going to enjoy.

As you listen to that first track ‘Vakuum’ you can hear the that old school death metal sound work in unison with the electronic influence but somehow it also feels like a battle with two armies going to war against each other – it is the sound of pain, anguish and aggression all mixed together in a way that you have simply never heard it before.

Yes every track on Weltunter feels like it has its own emotions. The wailing guitars breaking through the electronic on ‘Gebrauchswert’ sound like a siren warning of an onslaught… then the onslaught arrives with brutal drums and vocals.

In fact vocally Weltunter is perfect. The near strangled sound of them on ‘Apathe’ are a highlight while the manic vocals of Nikita Kamprad of Der Weg einer Freiheit have you returning to ‘Nadir’ over and over again.

As an album Weltunter feels like it showcases both beauty and aggression. ‘Karteileichie’ has some truly beautiful instrumental parts while the atmospheric vocal layering of ‘Artfremid’ is breathtaking. Then there is the aggression – ‘Nichtgestalt’ and ‘Kammerflimmerin’ are just sheer brutality while ‘Widersinn’ is some good old school death metal.

Weltunter is one of those albums that you listen to and then can’t wait to tell your friends about. This is an utter modern metal masterpiece and I pray that very soon Verderver hit our shores for a tour.