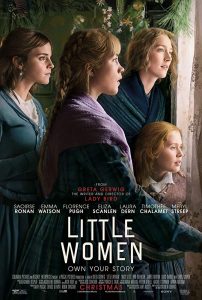 Summary: Jo March reflects back and forth on her life, telling the beloved story of the March sisters – four young women each determined to live life on their own terms. 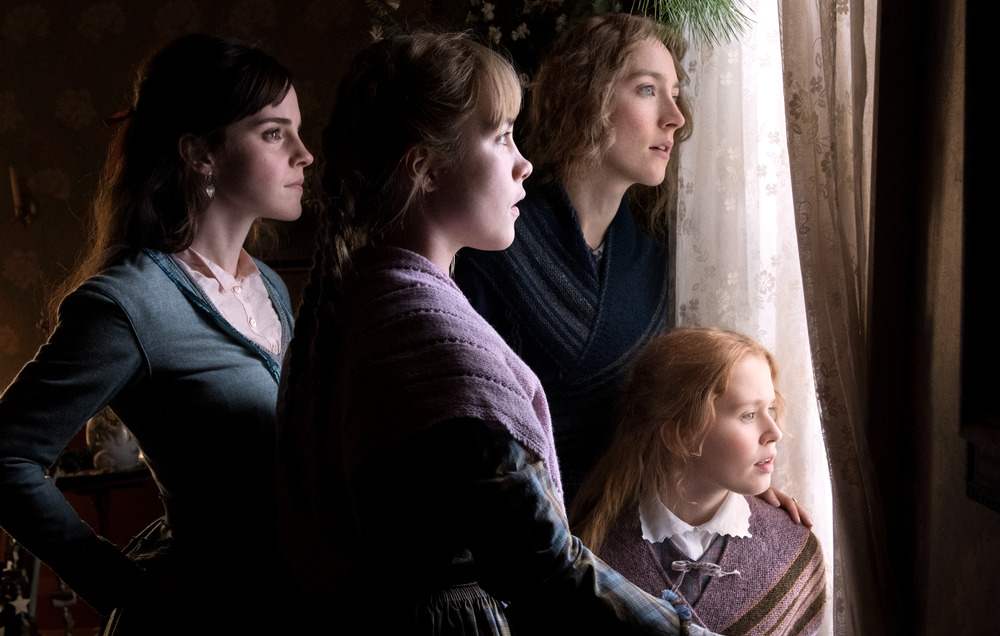 Timeless tales never die. That is the only defence you can really use against people who are convinced that the new adaption of Little Women should never have been made. Yes, there have been a number of cinematic versions of Louisa May Alcott’s classic tale that have made it to the big screen over the years, but every adaption has its own tone and feel and that is what makes them unique. I can remember the same being said when Baz Luhrmann re-created Romeo + Juliet… and look how well that ended up turning out. Besides after the quirkiness of Ladybird how could anybody not be curious to see what Greta Gerwig was going to do with Alcott’s classic.

Gerwig does do little to change the basic storyline. The film is set in 1868 with Jo March (Saoirse Ronan – Brooklyn), a budding young writer getting a story published by a local publisher. At the same time her work is heavily criticised by one of her co-workers and in a bid to escape how she feels about it she uses the fact that her sister, Beth (Eliza Scanlen – Sharp Objects) is sick to return home. As she spends time with her mother (Laura Dern – Wild) and her other two sisters, Meg (Emma Watson – Harry Potter & The Philospher’s Stone) and Amy (Florence Pugh – The Commuter) she reflects on their lives and the obstacles they have overcome.

A scathing critic would probably try to point out that Little Women’s main focus is on female empowerment but I would argue that Gerwig’s film goes even deeper than that. This is not simply a film about female empowerment this is the film that explores the notion of how a family pulls together to overcome some of the most turbulent and life-changing obstacles that anybody can face. From the harsh fights between Amy and Jo, through the four sisters having to face numerous struggles with their father is off at war this is more a film about family then it is anything else.

The power of this version of Little Women though is how much the film draws you into the character’s lives. At a quick glance the character of Jo could be considered cold-hearted especially towards the men in her life, including Laurie (Timothee Chalamet – Beautiful Boy). But through the power of Gerwig’s writing and directing the audience gets to see what makes Jo this way and that is something that can’t be said for all versions of Little Women. Gerwig also allows the film to show the struggle of the artist as well – whether it be a writer, a painter or a teacher all find themselves tested during this time of war and this secondary element to the plot adds a powerful element to the film that continues to draw the audience in.

What also drives this film is a repeat of one of the strengths from Lady Bird. As a director it is obvious that Gerwig knows how to draw the best out of her cast. Here Saoirse Ronan is once again in award winning form and she is well supported by Emma Watson and Florence Pugh who both seem to have turned up their acting game several levels as well. In regards to Ronan though she is well directed by Gerwig with the scene of the final confrontation between herself and Laurie being an absolute highlight. The raw emotion that is generated from the screen during the scene is a rarity in modern day cinema and needs to be cherished.

A special mention must also be made to Meryl Streep (The Devil Wears Prada). While she has limited screen time she managed to steal every scene she was in with a truly powerful performance. Her scenes with both Saoirse Ronan and Florence Pugh are some of the best examples of brilliant acting you will all year. There is a real power with those scenes and neither younger actress seems to be over-awed by the fact that they are sharing the scene with acting royalty.

Every adaption of Little Women has something that sets it apart from the others but few have the sheer emotion and power that we see here with Gerwig’s interpretation. Here Gerwig uncovers secret layers to the plot that lesser filmmakers would have not noticed while at the same time she directs one of the most talented younger casts that modern day cinema has ever seen assembled. If you leave in preconceived notions you have about Little Woman at the cinema door you will find yourself totally drawn into this worthy drama.