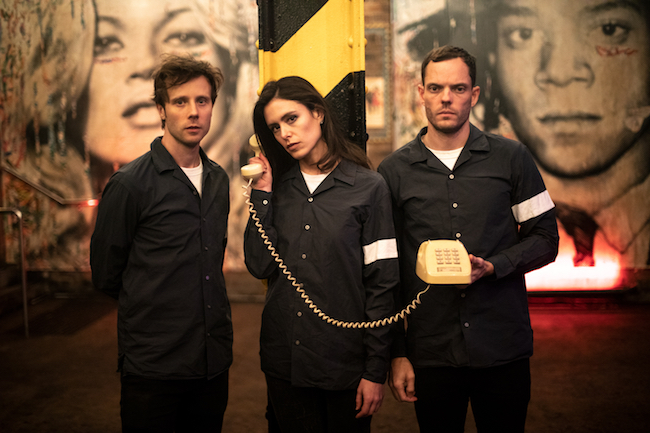 Brisbane alternative rockers Hey Geronimo have been making a name for themselves over the past couple of years with some killer sets at music festivals across the country. During that time the band have also dropped two critically acclaimed albums and have now followed that up with a brand new EP and single – both titled Waste Yourself.

To find out a little more about the EP and the band in general HEAVY Mag recently sat down and had a chat with Pete from the band.

“We actually first got together to do a Beatles tribute night,” he explains when we start to delve into Hey Geronimo’s history. “There were a few of us from different bands around Brisbane who got together and we had such a good time that we started a new band. That was a while ago now and now we have kind of evolved into a kind of art collective to be honest. We used to be a kind of party rock band but we have evolved into something a little more high brow now.”

“We’ve played quite a few festivals,” he says as we continue to delve into the past. “Probably the biggest highlight though was getting to play at Big Day Out when Red Hot Chilli Peppers and The Killers were on the bill that was pretty cool. Even to just be playing the same day as those really great bands was just a really cool moment.”

Soon our discussion turns to modern day events and we begin to explore where the brand new single ‘Waste Yourself’ came from. “Well PJ and I co-wrote this one,” he says. “We were both writing it at the same time but we both had a different idea about what it was about. His idea was that when you were with someone you would waste yourself on them and you would be asking them to waste themselves on you whereas the angle I was writing it from was that this dude was kinda depressed and he was literally just drowning his sorrows, so I guess it can be taken both ways but that was the angles that we were approaching it from when we were writing it.”

As our discussion goes on we soon learn that fans of Hey Geronimo may not have to wait too long for some new music as Pete is hoping that the band will head into some writing sessions during 2020. “I think we will be writing some new tunes to be honest,” he says when talk turns to the new year. “Hopefully we can record some new songs in the new year and maybe do something a little different. This EP is a new song with some old ones but I would say in the new year we want to record some new songs and maybe change the direction of the band a little bit to be honest… but we will see what happens, but yeah writing and recording new songs is the plan.”

Waste Yourself is out now.