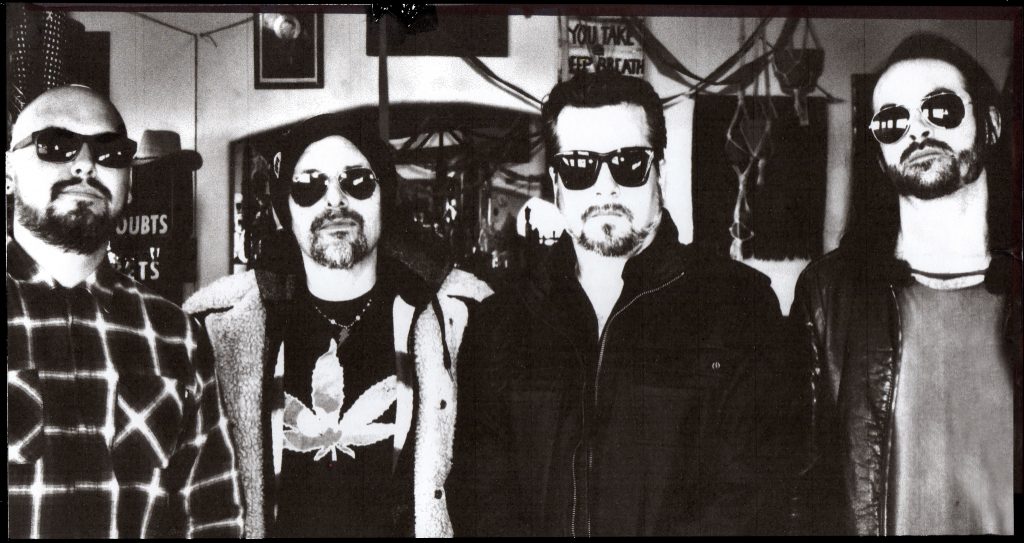 2019 has been a big year for father of desert rock John Garcia. The former Kyuss front-man returned to the airwaves with a new album after teaming up with The Band Of Gold. The critically acclaimed album then saw the legend himself return to the road for some live shows and only a few weeks ago it was announced that Garcia would be returning to Australia in January.

Subculture recently had the opportunity to sit down and talk to Garcia to find out what his Australian fans can expect from this brand new tour.

“I recently signed with a new Booking Agency and one of the prerequisites for him to pick me up and vice versa was that Australia had to be in the mix,” says Garcia as we start the interview by talking about the unique relationship that he seems to have with our country. “I try to get down to Australia at least once a year. Whether the shows do well or not I always try to get down there once a year because it is just a place I love to go, I have a tonne of friends down there and to be able to go down there and play music with The Band Of Gold for a live thing is bitchin’.”

The sad thing is though Garcia never gets to spend as long in Australia as he would like to. “ I would love to spend more time there,” he goes on to say. “But sadly I have an Animal Hospital here in Palm Springs that I help run so unfortunately I can’t be gone from my job nor my family and kids for that long. The plan was actually for me to play this string of shows and then fly my family down there to spend a little bit of time on the Gold Coast but unfortunately between my wife’s schedule and my son’s schedule it just didn’t work out this time, but I do get one day off in Byron so I am stoked about that… I plan on enjoying that day.”

That leads me to ask Garcia just how tough is it to combine touring with family and work life. “It is hard,” he admits. “It takes a lot of balance… and I mean a lot of balance. It is the same for the  rest of the guys, we all have normal jobs, we all have families, we all have kids…well Erin doesn’t have kids but he has pets that he calls his kids. So it is a lot of balance but really our families have to allow us to do this because without their support it would be very difficult.

Of course Garcia’s fans were very lucky this year with the release of his brand new album with The Band Of Gold and he says he is very much looking forward to playing some of the tracks off the new album on the Australian tour. “We want to come down there and play ninety minutes of music,” he says. “A good part of it will be playing songs off the new record but we will also be playing some songs off my first electric record as well. Of course I always throw in some Kyuss as well so it is always good to be able to go back and revisit some of these songs, it is always cool to play those tracks because they still make me smile, and if you have never seen Kyuss then this is about as close as you are going to get to seeing Kyuss. It is me with my band and I will show the songs an incredible amount of respect and we will get down there and do our thing.”

To finish off Garcia has a very special message for all his Australian fans. “ i just want to invite everybody who listens to this and reads this to come down and if you want some new rock and some old favourites come on down and we are not going to disappoint.”

You can listen to the full John Garcia interview above while all the tour details can be found below. 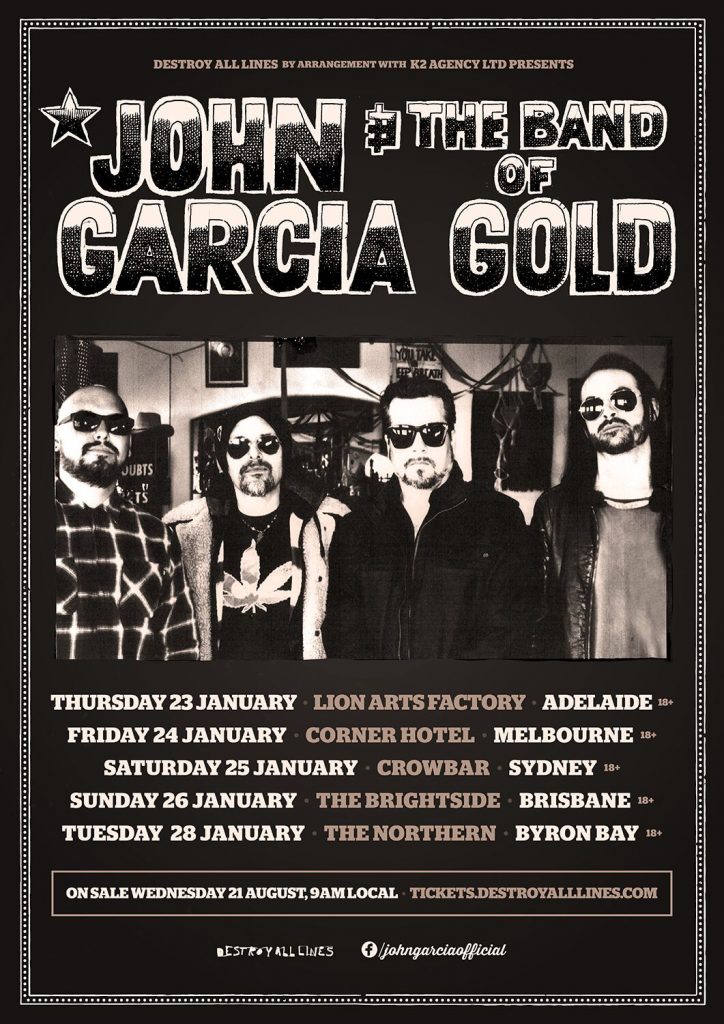