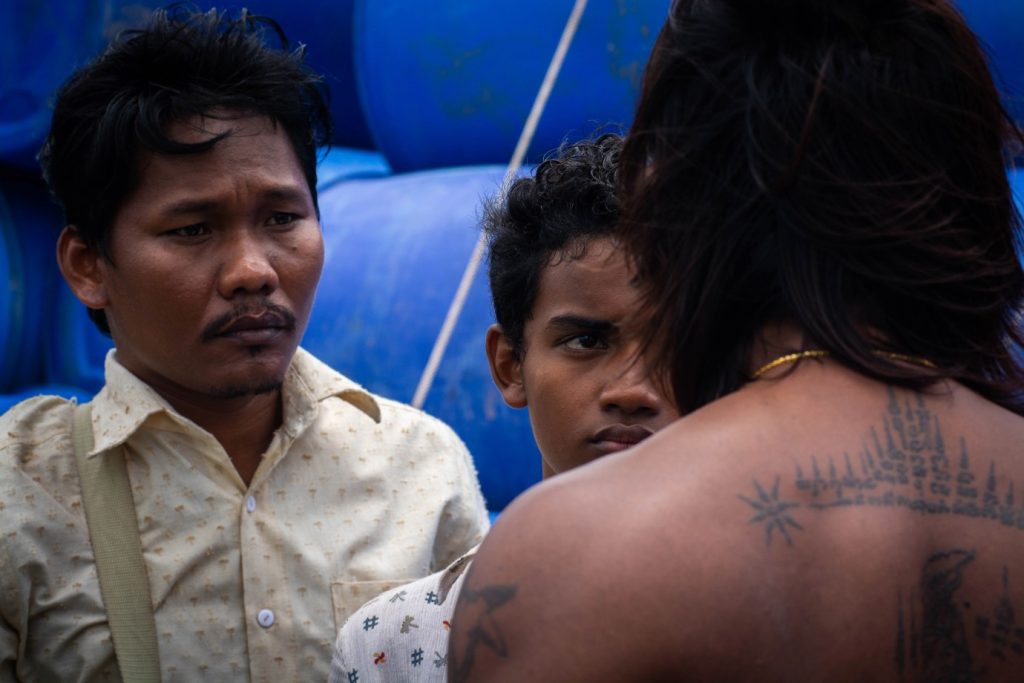 The red carpets have been rolled away and the gowns are back on their hangers. The Academy Awards are won and done for another year, and while film journalists right around the world have dissected and discussed every winner, every nomination there is something that has become crystal clear in the wash up, this year might be the year where the Oscars finally see a change occur that is long overdue.

On the surface it appears that change may have already occurred, but has it? Read most of the headlines the morning after this year’s Oscars and they all labelled the fact that South Korean film Parasite won Best Picture as the dawn of a new time in Hollywood, a time when films from right around the world now have more than a slight chance of walking away with the top Oscars on Academy Awards night.

But is that really the case? Let’s call it for what it is – the Oscars for a long time now have been a celebration of American films, not a celebration for international films like many would have believed. Yes there has been a Best Foreign Language section for awhile now but that always felt like a token award because if you really scratched under the surface you would find that filmmakers had to hurdle over each other to even earn a nomination. That award is now known as the Best International Feature Film Award which does make more sense given that even films from English speaking countries outside of America could also be nominated in the category, but that still doesn’t fix the biggest problem of all with the category.

Isn’t the fact that there is even a Best International Feature Film Award part of the problem? After all the Academy Awards are supposed to be a celebration of film – yet the mere fact that there is a Best International category means there is an instant separation from the American films also in the running for awards. That divide becomes even wider when you realise that in order for a film to be considered in the Best International Feature Film Award that film has to be submitted by the country where it originated. That’s right if a country like Thailand makes two great movies in one year – tough luck only one can be selected. America on the other hand can have as many films nominated as they wish.

When you consider the great films that have come out of countries like France and Germany over the years that ‘one film submission’ rule seems like a joke, but perhaps the biggest losers because of the rule this year were Thailand and Australia.

Thailand’s submission to the category this year was Sitisiri Mongolsiri’s Krasue: Inhuman Kiss while Australia’s submission was Buoyancy a film shot in Thailand with all the actors coming from Cambodia and Thailand. Neither film ended up making the short list of nominations for the actual Best International Award, but it is here where the murkiness of the Award are exposed.

To receive its submission Buoyancy defeated The Nightingale, there is nothing wrong with that but when you look at how both films were received by other Award ceremonies and by critics you see just how unfair it was that both films couldn’t be in the running for the major award.

Buoyancy explores the human rights issue of young Cambodians being forced to work as slaves in the Thai fishing industry which meant it was a powerful film that received a lot of praise. The film won awards at the Asia Pacific Screen Awards, the Australian Academy of Cinema and Television Awards (AACTA) as well as earning awards in Mumbai, Berlin and Oslo. On the other hand The Nightingale looked at the harshness of living in colonial Tasmania including the brutal murders of the local Aboriginal people. Like Buoyancy it also received a lot of five star reviews and found itself winning a plethora of awards including six AACTAs and eight Australian Film Critics Association Awards. There is little argument that both were great films and should have equally had the right to be nominated for Best International Film yet somehow weren’t.

If you dig a little deeper the whole divide between how American cinema and International films at the Oscars became even wider. If Parasite was in the end considered such a great film by the Academy then how come none of its cast found themselves nominated for Best Actor or Best Actress? That point was also not lost on fans of the film Buoyancy who wondered why actors Sarm Heng and Thailand’s Thanawut Kasro didn’t receive nominations despite being praised world-wide for their intense roles in the film.

The host of popular film podcast The Popcorn Conspiracy Kyle McGrath recently talked about Kasro’s Oscar snub and said. “When you look at the performances in Buoyancy and you take the performance of Thanawut Kasro in the role of a Supporting Actor he was miles ahead of where Brad Pitt was in Once Upon A Time In Hollywood. That is not to say that Brad Pitt didn’t deserve it but if I was going to pick between those two actors who gave the better performance it would have been Thanawut Kasro over Brad Pitt, but with the way it works at the moment perhaps it needs a little bit more work on how the voting system works.”

Will that voting system ever change? I guess the best answer to give to that question is – perhaps. Certainly Parasite doing so well may open up more opportunities for Asian cinema right around the world. Even in the past few months it has been interesting to see how many cinema lovers around the world have been eagerly anticipating the release of The Cave (another film that Thanawut Kasro appears in), but for international films to finally receive the recognition that they deserve it is time for the Oscars to place all films on a level playing field no matter what country they come from rather than it just be a celebration of American cinema like it is now.