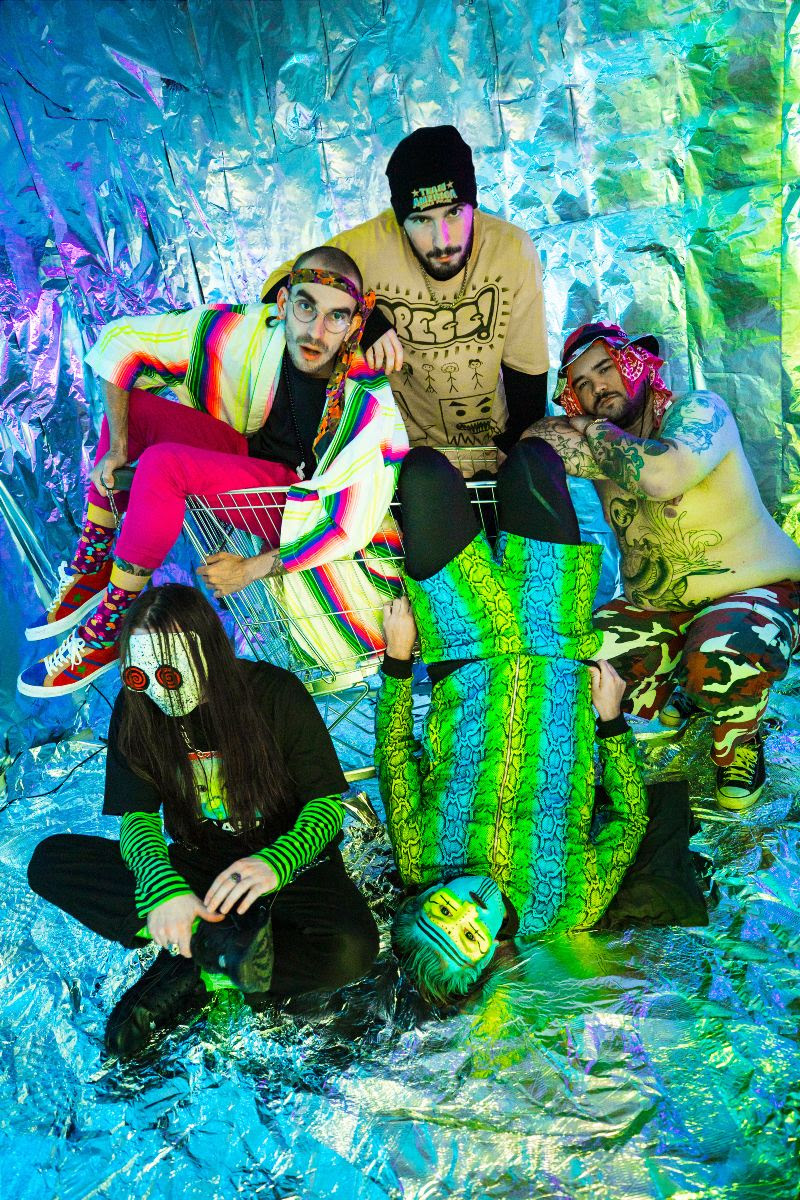 It is no mean feat for any artist to get signed to a label, but we all really need to be celebrating the fact that Australian outfit Dregg have just been signed with Epitaph Records. When it comes to punk music there is no bigger label than Epitaph and Dregg become just the third Australian act to be signed to the genre leaders. The honour of such a signing is something that is not lost on frontman Chris Mackeritch.

“Basically this all started when we performed at Bigsound,” says Mackeritch when I ask him how the journey with Epitaph began. “That was about six months ago. We got contacted by this random American dude who was like ‘I’ve checked out all your videos and I’m not really watching any other bands at Bigsound but I would love to come and check out you guys, do you have a booking agent or manager?’ and we were like ‘no.’”

“So he came down and we all went for dinner afterwards,” he says still explaining. “He was a really big fan of it and he put forward whether or not he could manage us guys and I have people back at home we could wall work together. To be honest we were a bit sceptical but we were like ‘cool, cool, cool – this will be interesting’ and then we went home and looked up the guys on the internet and found out that they were actually pretty big dogs in Hollywood – they had worked with really big acts like Talking Heads, Maroon 5 and shit like that. Turns out they were super interested in the band and they said they saw our vision and wanted to help us get there. One thing turned into another and Brett Greenberg from Epitaph Records got wind of it all, he phoned us up and then it all happened.”

When the initial contact happened though it wasn’t all party hats and streamers because Mackeritch admits that the band were not sure were to make of it. “We have a very strict rule here at Dregg,” he says laughing a little. “Don’t get excited about anything until it happens. So we remained really calm when it first came through. We tried to remain as calm as we could but at the same time we were like ‘okay this is serious’ but it wasn’t until we saw the contract and then we were like ‘okay, Epitaph literally just uploaded our video – this is really happening.’”

“I still think that it hasn’t set in for everybody,” he says continuing. “I still don’t think we realise what it means for such a massive label to take us on, we are just taking it day-by-day and are really grateful for it really… it is fucking wild really.”

Of course that leads to the inevitable question – now Dregg are signed to Epitaph what the hell happens next. ‘Well we look at like this,” he says laughing loudly. “It is 2020 and we will make an album when we are ready. We will write an album when we are ready but right now the world is very different – you can put out EPs, you can put out singles. Who knows we might put out an album next or we might do four singles in a row. We are really just playing it by ear because at the same time the world is in fucking lockdown so it is not really the best time to be putting out shit like that, but it is the time to be putting out music that is kind of one off stuff.”

That kind of thinking also leads straight into one of Dregg’s other passion. “We love making music but we also love doing videos,” Mackeritch explains. “But it is very difficult to make an entire album full of videos so we were are sticking to what we have always stuck to and that is that there is no plan. We just create whatever the fuck we feel like creating, it is kind of like what we are all seeing in the Soundcloud movement at the moment. Kids are just putting out whatever shit they want to put out – they are like ‘here I like this’ or ‘I wrote this on the weekend – here it is.’ That is what it is like now, the whole let’s work on an album for six months and then drop it is kind of the old way of doing things so we are trying to keep it fresh and do what young people are doing now and then we’ll just drop shit as we write it, drop shit as we produce it… and we have been given that freedom from Epitaph, they are just like ‘you guys can do whatever the hell you want because we can see the vision for it… we see that you are relevant… just go for it.”

So it may be a bit of a wait and see moment for Dregg fans, but whatever they produce next we just know that it is going to be epic.