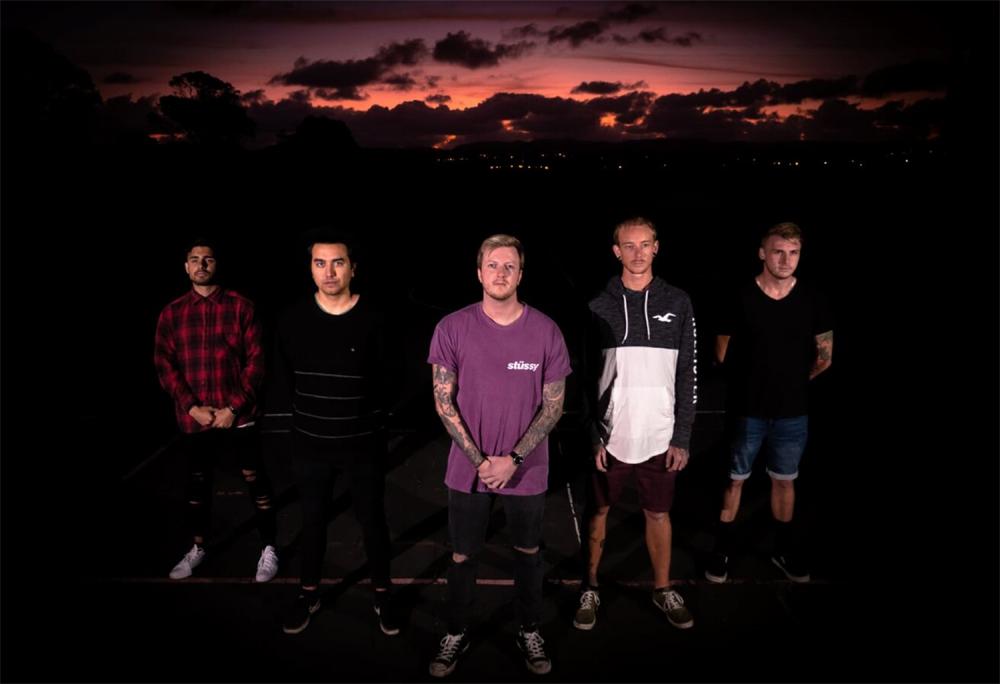 Auckland’s Crooked Royals have returned in 2020 with their brand new single, “Copecetic“, that sees the band explore their own brand of intricate metalcore and soaring melodies.Mixed by Zorran Mendonsa (City Of Souls, Seas Of Conflict, Banks Arcade) and mastered by Jens Bogren (Opeth, Sepultura, Babymetal), “Copacetic” is about pretending you’re okay when you’re not and accepting vulnerability to break this habit. This brand new single is the bands first offering of 2020 and contrasts soaring cleans against intricate brutality that the band have mastered.

Crooked Royals is Christian Carstensen (clean vocals), Lee Mackley (unclean vocals), Jake Andrews (guitar), Keane Gilles (drums) and Conor Lawnson (bass) and the five-piece have already made waves in the heavy scene. The band hit the ground running in 2018 when five friends and musicians living in Auckland came together to form the metalcore outfit that is Crooked Royals. In just the first year as an aspiring collective of musicians, the band were signed to Lukas Magyar‘s (Veil of Maya) management label, New Industry, and later recorded their debut EP, ‘Intertwine‘ with the man himself in the USA and followed it up with their sophomore offering, ‘Rumination’.Crooked Royals previous two singles from the previous ‘Rumination’ EP saw the band premiere on triple j‘s The Racket and skyrocket in streams on Spotify with over 172,000 plays on the title track and over 211,000 on “Dissentients (ft. Lukas Magyar)” and adds to playlists including Homegrown + Heavy, New Core, New Blood AND New Metal Tracks.Crooked Royals ability to craft songs with a combination of heavy and clean vocals mixed in with huge crushing riffs has earned them spots opening for London prog rock monsters Monuments in Auckland earlier last year as well as stepping it up to support Australian heavyweights in Northlane and Polaris on their NZ legs of tour.Crooked Royals brand new single “Copacetic” is out now through iTunes & Apple Music, Spotify, Google Play and all good online stores and streaming outlets.