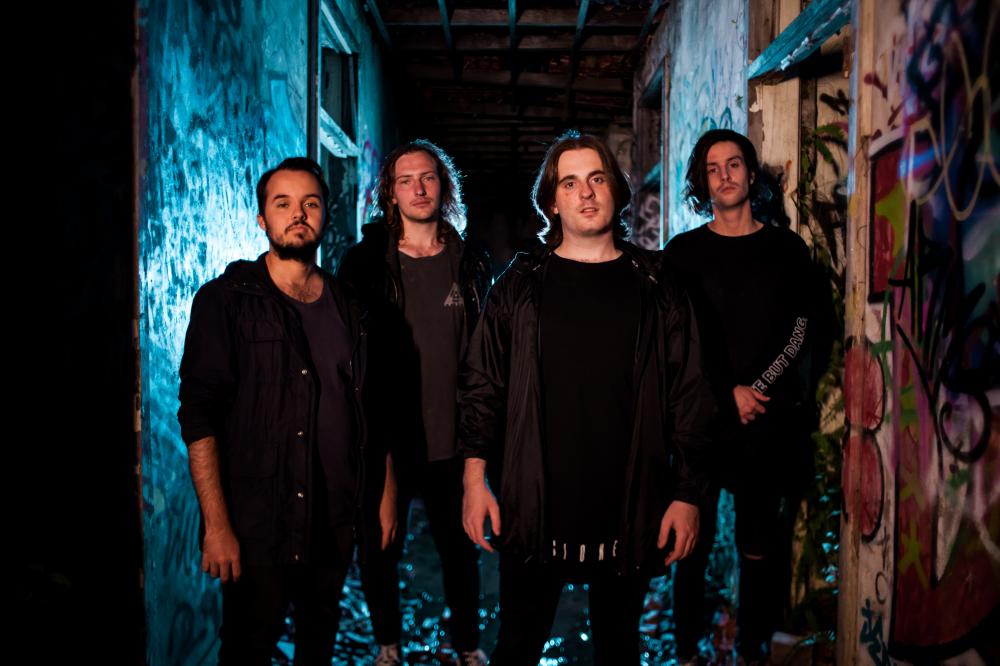 Sydney’s alternative metalcore outfit Broken Earth are today unleashing their brand new single “Dance In The Dark” as the first taste of new material in over a year!
“Dance In The Dark” is produced, mixed and mastered by Christopher Vernon (Belle Haven) and engineered by Darcy Handley (Terra) with additional drum engineering by Declan White. The track is about the bands perception of the current state of the world, and their motivation to persevere through the darkest of times. Vocalist Raphael Smith explains:“In wake of the recent global events occurring, what was originally a song about feeling like the world is collapsing has unfortunately turned into quite a sombre state of affairs. We’ve seen systematic failure from the highest level and it has left the general populace feeling scared and paralysed.“The events we’re currently facing are probably some of the toughest we’ve seen on a global scale in a long time, and there isn’t much of an end in sight. The rage that we feel is almost matched with the despair, but we can’t let feelings of powerlessness overcome us. So with that being said, we would love to be able to share this song as a message of hope and perseverance, that even in the darkest times you can still find someone or something that holds you close – Dance In The Dark with us”Broken Earth in its current form is Raphael Smith (vocals), Brendan Brendkins (clean vocals), Ben Robinson (guitar/vocals) and Daniel Trott (guitar). The four-piece has been climbing the ranks since formation just over a year ago and have already played with BLKLST, Pridelands, Isotopes, ATLVS, Reliqa and many more. On top of this, the band made waves overseas with their inclusion in Discovered Magazine UK’s ‘21 Artist’s You Need To Know In 2020‘.“Dance In The Dark” marks the start of a new era for Broken Earth – available now through iTunes & Apple Music, Spotify, Google Play and all good online stores and streaming outlets.
Tagged: Ben Robinson, Brendan Brendkins, Broken Earth, Daniel Trott, Raphael Smith