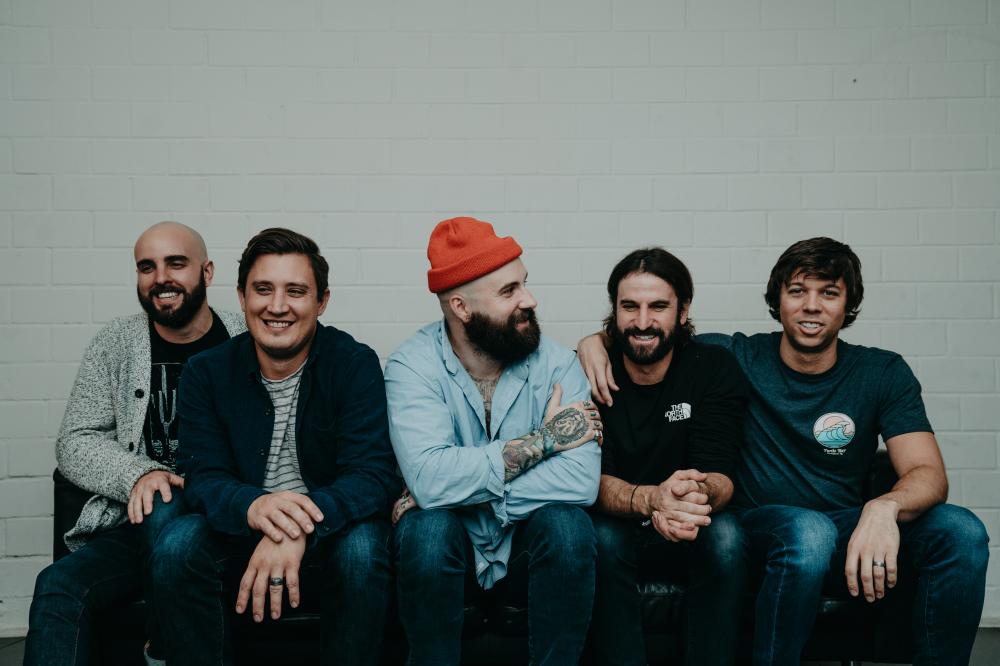 August Burns Red have released new single ‘Paramount’ from their upcoming eighth full length album ‘Guardians‘, out April 3 on Fearless Records/Caroline Australia. The track is available at all digital stores and streaming platforms and the album Guardians is available for pre-order at http://found.ee/guardians.The two-time GRAMMY® Award-nominated Pennsylvania quintet—JB Brubaker (lead guitar), Brent Rambler (rhythm guitar), Matt Greiner (drums), Jake Luhrs (lead vocals), and Dustin Davidson (bass) dropped the single overnight Australian time.From Guitarist Brent Rambler: “There’s a loose theme [on Guardians] of being there for another person who’s reaching out for help. This individual who saves the day acts like a guardian. The idea recurred as we put everything together. It was a great summation of what we were talking about.”The band have also posted videos on Instagram of them wishing they could move to Australia and isolate themselves away from Coronavirus with bassist Dustin Davidson posting a song HERE and vocalist Jake Luhrs posting a response HERE.The band’s news about their forthcoming album was recently featured at Forbes, Deadpress, Revolver’s 40 most anticipated albums of 2020, Loudwire, and more.

Following the seminal ‘Messengers’ (2007) and ‘Constellations’ (2009), August Burns Red infiltrated the mainstream via 2015’s ‘Found In Far Away Places’. The latter stood out as their second straight #9 bow on the Billboard Top 200, in addition to garnering the group its first GRAMMY® Award nomination in the category of “Best Metal Performance” for “Identity.” The momentum increased with the arrival of ‘Phantom Anthem’ in 2017. Marking the group’s fourth Top 20 debut on the Billboard Top 200, it paved the way for their second “Best Metal Performance” GRAMMY® nod for “Invisible Enemy”.The record ushered their career streams past the 100 million-mark as it earned four-out-of-five stars from the likes of Alternative Press and Kerrang! Between sold-out shows worldwide, ABR continued a 15-year tradition of holiday shows by launching the Christmas Burns Red Festival. Now, their 2020 eighth full-length, Guardians, sees them not only preserve but perfect their DNA-distinct and definitive sound.

August Burns Red’s eighth full length, Guardians, is out Friday April 3 on Fearless Records/Caroline Australia. The album is available for pre-order/pre-save here. The second single “Bones”, is available now at all outlets.