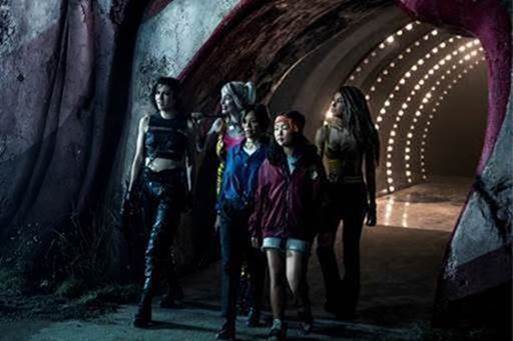 Roadshow Films announced today they will fast track the in home release dates on some of the most popular cinematic features of 2020, giving people the chance to experience hit movies at home, express from the cinemas.

In these challenging times when cinema goers are required to stay in, Roadshow Films is giving movie lovers across the country the ability to experience some of the biggest cinematic releases in the comfort of their homes.

The films to be released over the next week, include DC Blockbuster BIRDS OF PREY AND THE FANTABULOUS EMANCIPATION OF ONE HARLEY QUINN, Guy Ritchie’s sophisticated action comedy, THE GENTLEMAN, thought-provoking true story JUST MERCY and high-octane Australian family film GO! amongst others.

The compelling slate includes films that were either part way through their theatrical run, or which have recently completed their theatrical run in Australia and New Zealand and are being released express to in home as a temporary measure in response to the COVID-19 crisis and the forced closure of cinemas.

“These are some of our most popular releases of the year and we are pleased to be able to bring them in to Australian homes, express from the cinemas, in these extraordinary times” said Joel Pearlman, CEO Roadshow Films. “Roadshow Films has been entertaining Australians for over 80 years and we remain committed to bringing the best quality local and international entertainment to Australian movie lovers.”

The early release films will be available to buy on digital download from this weekend.