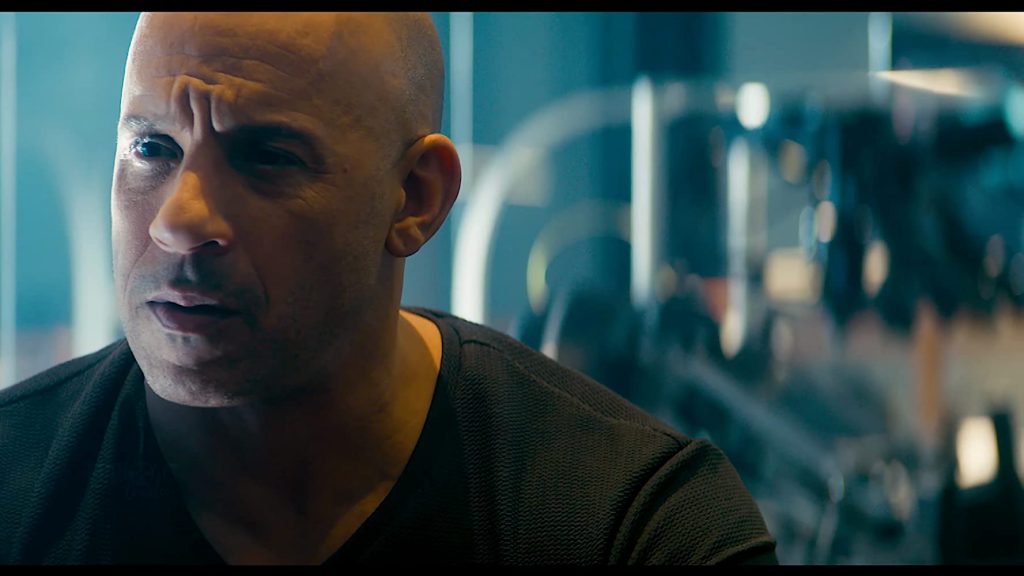 One of the films that was most impacted by the Covid-19 closure of cinemas worldwide has been the new action thriller Bloodshot. The film was expected to be one of the biggest earners at the box office in 2020 but when the cinemas closed only days after it opened its earning were severely impacted to the point that the film didn’t even make back its budget.

It is a shame really as the well-plotted action flick starred cult hero Vin Diesel alongside star-on-the-rise Elza Gonzalez. Bloodshot though wasn’t just a film made for what it could potentially earn at the box office, this is a film that came about because of the passion of the team behind it – a passion that seemed to stem from its producer and leaning man Vin Diesel. The passionate gamer and comic book fan is a symbol of passion as he talks about a role that he seemed to be born to play.

“Bloodshot is the central character of the Valiant Comic universe,” he explains as he sits forward in his chair with the excitement of a child talking about Christmas. “He is a character who was formerly a soldier that is enhanced through technology and he is manipulated to become a corporate assassin. The idea though was to honour the spirit of Valiant comic books and Valiant were renegades in their day. They were developing super-heroes who were flawed in a more relatable way. So the idea of making a Bloodshot movie, and this sounds really crazy, but we were trying to create a different spin on the superhero narrative and we really wanted to attack these themes like post-traumatic stress disorder and we wanted to imagine how that plays with our concept of a superhero.”

“I went to see Dave Wilson and I took my son who was eight years old at the time,” explains Diesel as he talks about why he took on the role in the first place. “After Dave had shown us the whole project my son turned to me and said ‘Daddy you are Bloodshot.’”

As a film Bloodshot goes a lot deeper than most action films. Sure it would have been easy for director Dave Wilson to have just let the film become another epic beat-em-up with explosions galore, but here he takes the audience deeper into the world of a character who is extremely scarred from the events that he perceives has happened in his life… including the murder of his wife right in front of him.

The fact that Diesel gets to play with those emotions as he creates the character of Bloodshot means that the character itself ends up very different to many of the super-hero that these days grace our cinema screens. “What makes Bloodshot unique and different to other super-heroes is that there is always that questions of whether or not he is even a super-hero,” explains Diesel as he delves deeper into the character he portrays. “That is what is really compelling here, because he is not waking up and wanting to save the world; his agenda is not to save the planet. When you really get into the story you realise that his aim is to try and stop the insanity that is being induced on him. He is fighting for clarity, and that makes him a really unique kind of protagonist.  That is what makes this so unique because it is not your really traditional super-hero movie. I think that was really the intent… in fact I know that was the intent as we started to delve into the Valiant cinematic universe.”

With one of the world’s biggest action heroes in the lead role and a film that has been designed to take its audience on an emotional journey rather than just shock and awe them with spectacular visuals Diesel says he can promise all his fans out there that they are in for something really special. “This is a movie that plays to a wider audience because it deals with real issues,” says Diesel nodding as he thinks about the question. “The idea of the forgotten soldier is something that we are all invested in, but I think it is so dynamic and I think it is a clever movie. I remember Guy Pierce saying at one of our cast rehearsals that he was glad that he had done Momento before he had done this movie because this movie was such a mind twist and to be honest I don’t get to make a lot of movies that have that kind of mind twist like a film like Momento has, so I think people will really enjoy the movie.”

As a film Bloodshot really does live up to the expectations that Diesel has for it so if you are a fan of good quality action that has the ability to take its audience on an emotional journey than this is one film that certainly won’t disappoint.