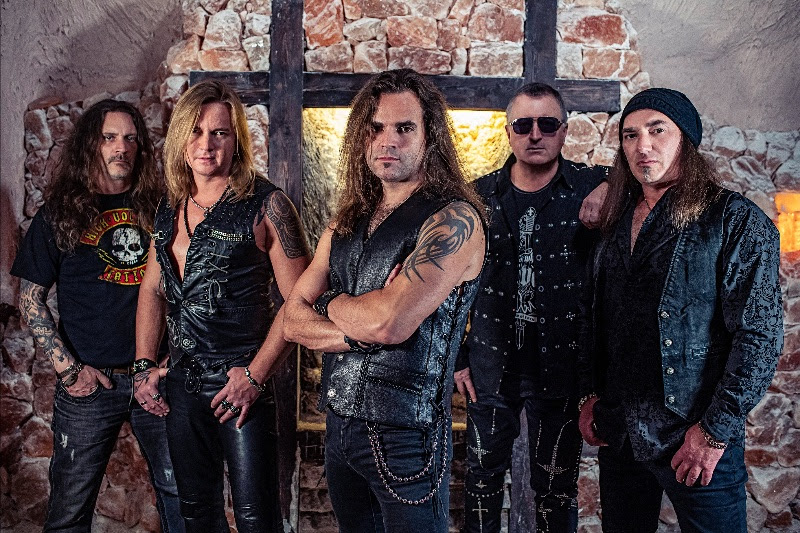 When it comes to longevity only a few bands can boast being in the music industry as long as German hard rock outfit Bonfire. The band originally started out way back in 1972 under the name of Cacumen. After seven years together and two albums the band signed with BMG Records who suggested that their name was hard to pronounce and not marketable. After a short brain-storming session the band decided to re-name themselves Bonfire.

Now flash forward to 2020 and the band are about to release their nineteenth studio album, an album that has a freshness about it as it they once again manages that true Bonfire catchy swagger. Recently I had a chance to chat to original member Hans Ziller who despite being in lockdown was in good spirits about Fistful Of Fire being released to their fans.

“One of the things that we wanted to do this time was write, record and mix the album all in a complete process,” he says as we discuss the album and the goals the band set out to achieve with it. “That meant that we didn’t want to write the album in January and then record in August and mix in December. What we wanted to do was do it the way you would if you were painting a picture, you just go from the start right through to you finish.”

“I think the cool thing about that is the album has ended up being one piece and it sounds like one piece,” he continues to explain. “That was actually something that we had done with our most successful album, Fireworks, which went gold in Germany. That was also written, recorded and mixed in one process so it was just one piece. In the past though our albums have always just been done in between touring and then recorded after we had done shows. But with Fistful Of Fire we really just went from August to December and did the whole thing. During that time we did nothing else.”

Doing it that way did change a lot of how the band put together the album including how they went about writing the lyrics. “We had to change a lot,” admits Ziller. “In regards to the lyrics Ronnie our bass player and myself write most of the lyrics together because he is American and he can speak English really well. We literally just wrote lyrics about experiences that we had had and there were things in there like the pollution of our world. I had had also had some bad private experiences because my son had got ill, so this time we wrote a lot about our actual life.”

While the band didn’t know at the time this has become an album that many Australians are going to be able to relate to in a very unexpected way. From horrendous bushfires through to a pandemic outbreak the lyrics on Fistful Of Fire really resonate with you and that is something that the band is very aware of. “To be honest right now we are having the worst experiences of our lives,” says Ziller with true sadness echoing in his voice. “We have Corona now, but before that even the last years was really, really bad. We’ve had so many bad things happen we as musicians can explain how we feel about that by writing our lyrics and that is the good thing that musicians can do, we can really give people some hope and everybody can see that we don’t only write about these clichés – the sex, drugs and rock ‘n’ roll stuff. At this time we really need to be serious I think.”

This has not only turned out to be a therapeutic album for the world though as Ziller used the writing of the album to release his feelings about his ill son as well. “My son was in hospital and I was really sad while I was writing with Ronnie,” he says. “Then one day I just cried in front of him and he said we need to write lyrics about that because he said ‘this is about you, this is what is happening right now. We started to write the song as ‘When A Strong Man Cries’ and Ronnie said I don’t want to make it about a strong man so I said ‘well I’m 61 let’s make it about an old man’, that will make it more realistic and think it is always better when you tell the truth.”

Bonfire have a really tough year ahead of them as all of their European dates have been cancelled due to the pandemic lockdown so please do them a favour a grab a copy of Fistful Of Fire if you can. 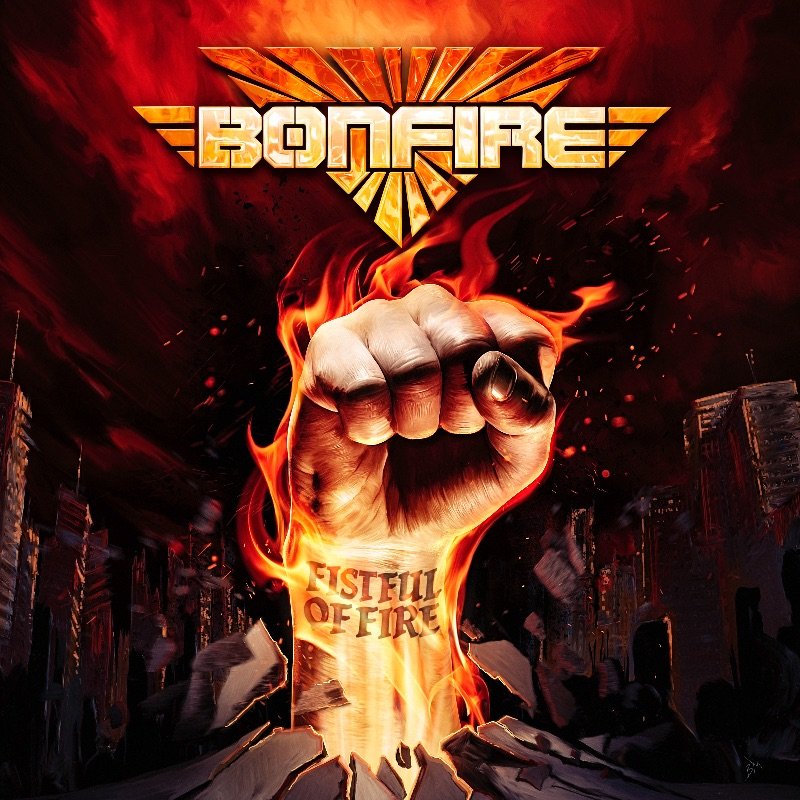