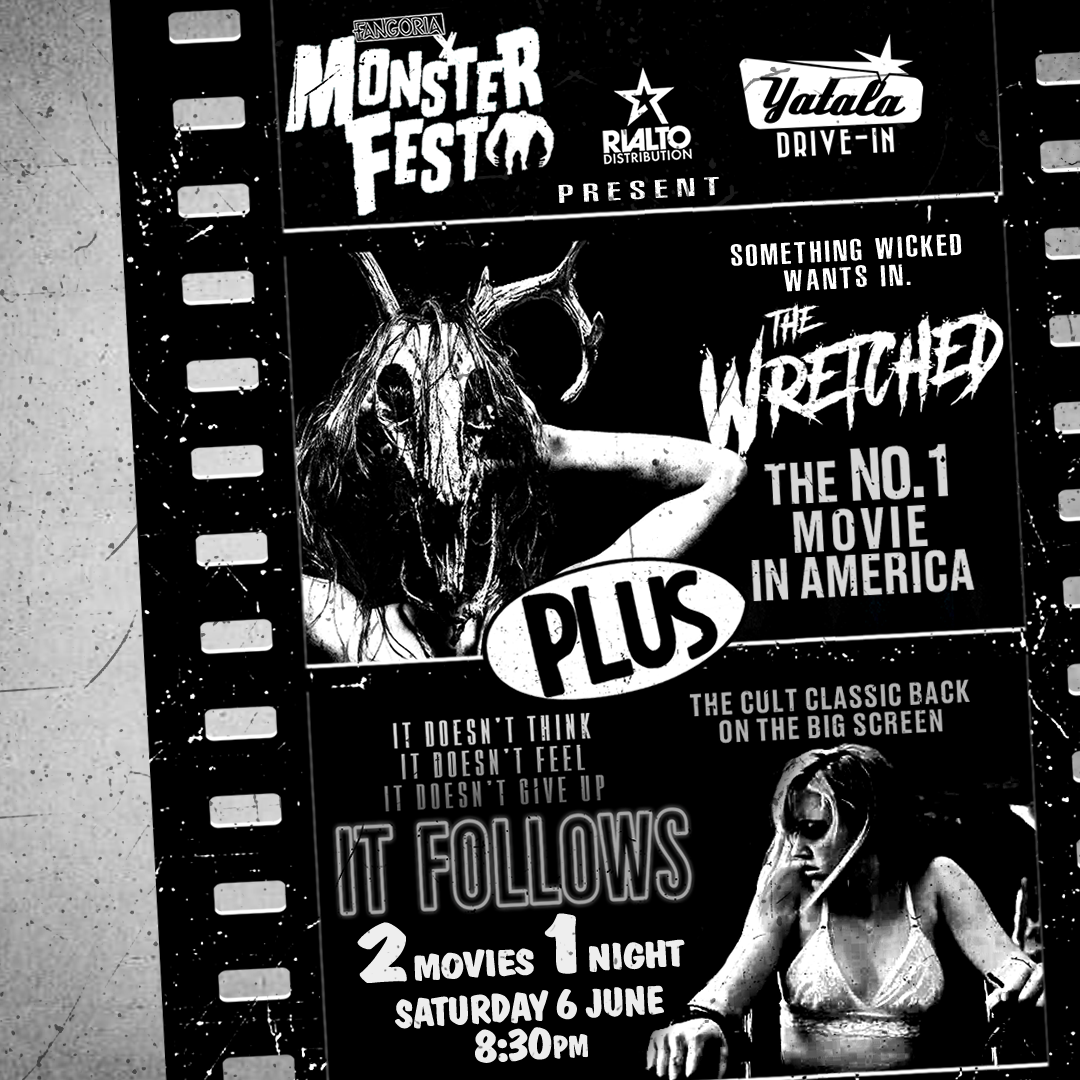 FANGORIA x MONSTER FEST in association with Rialto Distribution will host a Double Feature that harks back to the classic era of Aussie Drive-In programming with THE WRETCHED + IT FOLLOWS at Queensland’s historic Yatala Drive-In on Saturday 6th of June.

Fresh from US theatrical release where its just spent a fourth week as the No.1 film at the box office, The Butcher Brothers‘ rural horror meets nightmarish fairytale THE WRETCHED! After an incident in school sees him shipped off to a small coastal town to work in his father’s dockside custodial business, a defiant teenage boy, Ben (John-Paul Howard) faces off against a child-eating swamp witch, who is living beneath the skin of and posing as the woman next door.

For the first-time on the Drive-In screen, David Robert Mitchell’s 2014 cult classic and artful psychosexual horror IT FOLLOWS. For 19-year–old Jay (Maika Monroe), the fall should be about school, boys and weekends at the lake. Yet after a seemingly innocent sexual encounter she suddenly finds herself plagued by nightmarish visions; she can’t shake the sensation that someone, or something, is following her. As the threat closes in, Jay and her friends must somehow escape the horrors that are only a few steps behind.