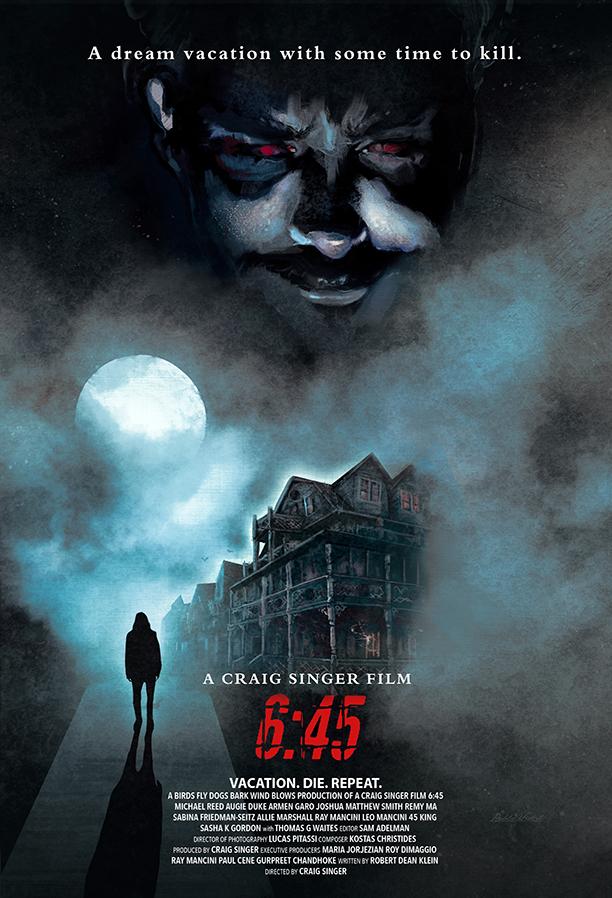 Director/producer Craig Singer (Dark Ride, Perkins ’14) has debuted the first look at his latest horror film 6:45.  The time loop slasher follows a young couple in love who take a romantic weekend getaway to an island where things go terribly wrong.   Singer has released new stills and a teaser as the film completes post-production.

Bobby Patterson is hoping a weekend getaway will save his rocky relationship with his girlfriend Jules Rables. The couple arrives in the quiet island resort of Bog Grove. To their bewilderment, the sleepy beach town is curiously deserted and they quickly learn about the deadly history that’s about to repeat itself. Bobby’s struggles with Jules are cast aside in order to overcome a dementing cycle of terror they find themselves trapped in. No matter what he does to try to avoid it, he and his girlfriend wake up at 6:45 each morning to the same nightmarish chain of events that lead to them being viciously murdered.
6:45 wrapped production on Valentine’s Day and is aiming for a premiere in the fall.