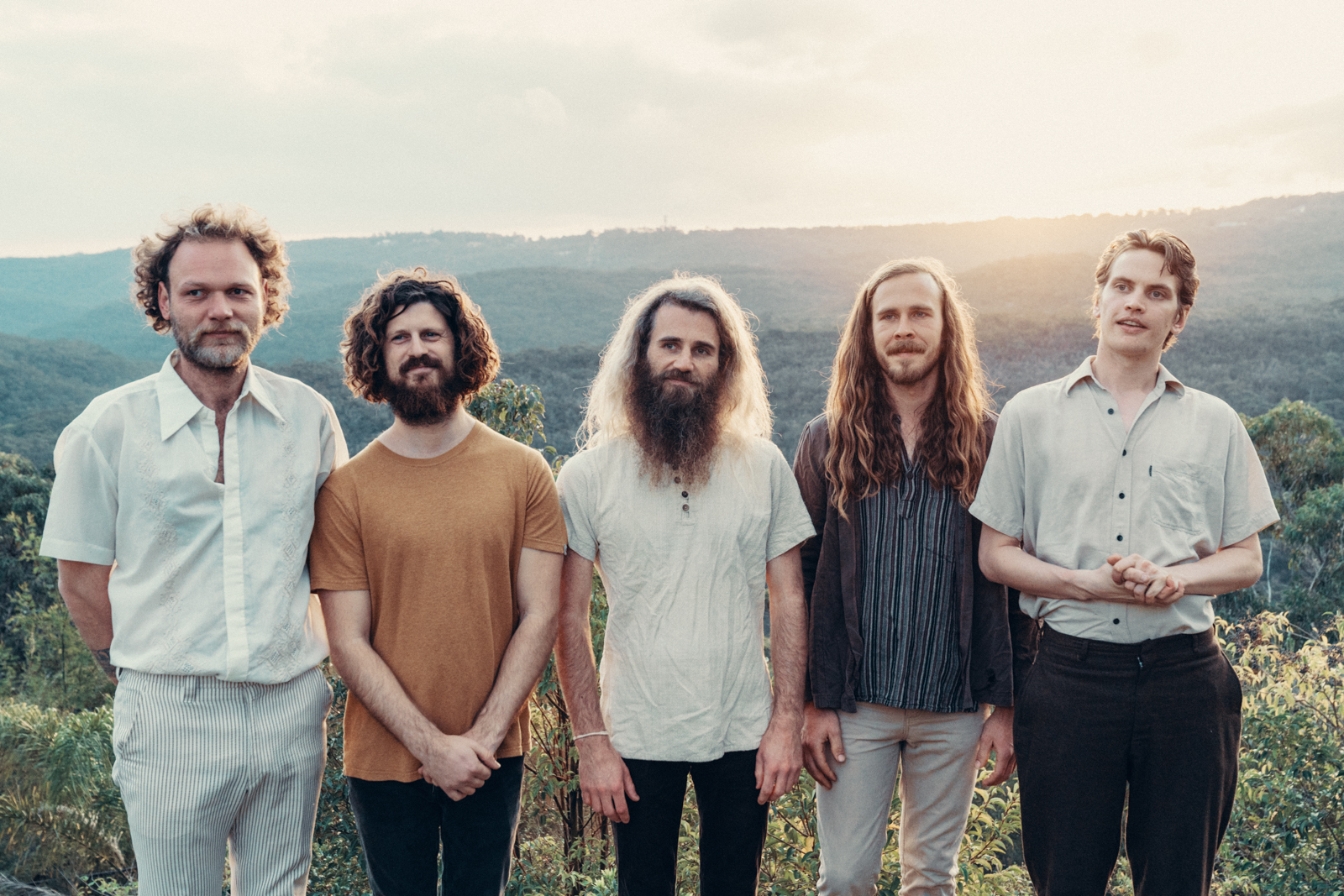 Art As Catharsis have released a new video for ‘Rabbit’, the latest single from Sydney-based psych rock outfit Turtle Skull.

Shot over a week in a sun lit studio, ‘Rabbit’ gives an intimate glimpse into Turtle Skull’s recording process for their upcoming album, Monoliths. Produced and edited by Ali Vann, the clip shows the band as they go back and forth writing, recording, listening and playing music in an unfolding, organic way.

“Rabbit is really just raw and behind the scenes look at the recording process,” guitarist Dean McLeod explains. “(Video producer and editor) Ali Cabb was there with us for recording and was able to capture some great footage. So not so much a grand design as just a great montage of the recording as it happened. I don’t think it could have been such an intimate video if Ali wasn’t such a close friend of the band.”

As a record, Monoliths undeniably displays a much more fleshed-out realisation of the doom, psych rock and indie fusion that launched the five-piece into the public eye following their self-titled release. Tipping between heavy and catchy is the strength of Monoliths – the roar of the fuzzed-out amps is counterbalanced by feather-light vocals, creating a contrast as clear and harmonious as sun and sky. For fans old and new, this is fusion at it’s finest – a record with something to offer every listener.

While the final product contains a faint similarity to the sounds of King Gizzard & The Lizzard Wizard, Khruangbin, or Kikagku Moyo, Monolith is distinctively its own beast. It’s a record that heaves and soars, taking joyous compositions and steering them headfirst into a realm of fuzz and fury.

Turtle Skull’s Monoliths is out 28 August 2020 on Art As Catharsis and Kozmik Artifactz.