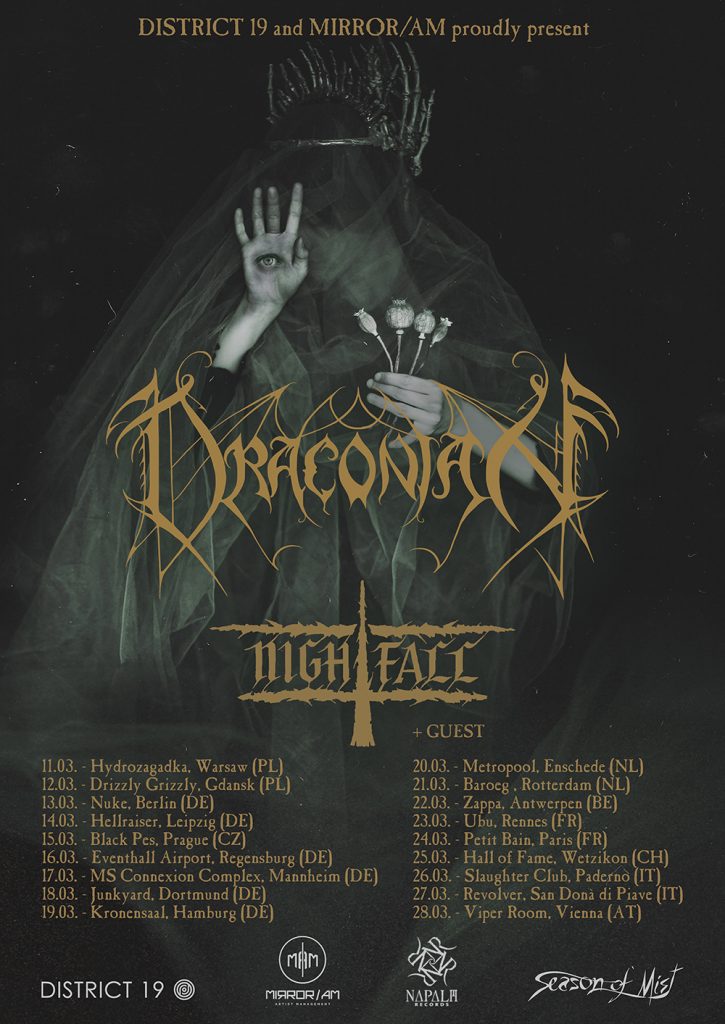 Greek metal masters NIGHTFALL are now announcing new European tour dates together with Draconian in March 2021! The tour will kick off at the Hydrozagadka venue in Warsaw (PL) on March 11, and rages throughout 8 more countries until a final curttain in Vienna (AT) on March 28. A full list of confirmed shows can be found below. NIGHTFALL will release a brand new album early 2021.

Vocalist Efthimis comments on the tour: “We are very excited we are gonna hit the road again. This is great news. Teaming up with Draconian is awesome. Songs from Athenian Echoes and other albums of that era will be played live.“