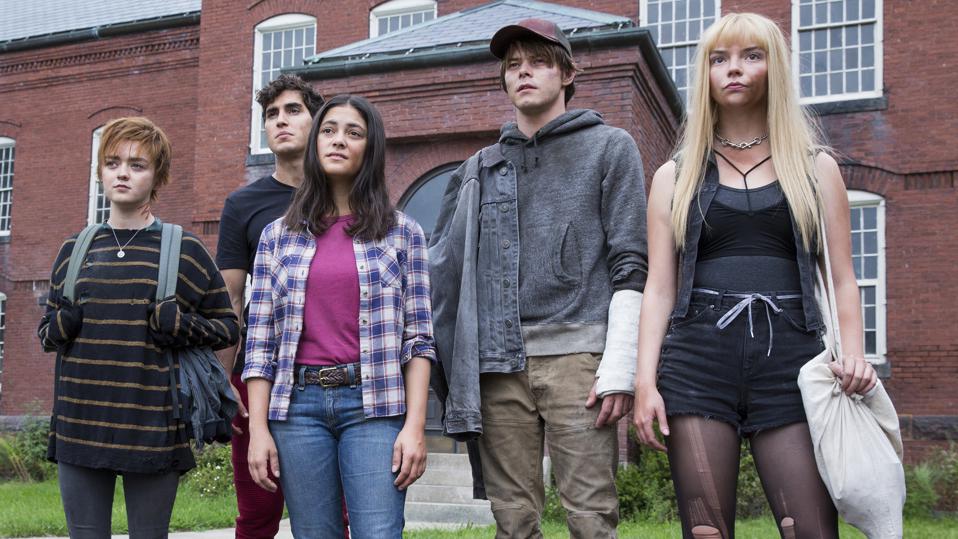 Like a sleeping giant coming out of hibernation the cinematic world is finally starting to awake from its slumber. Some countries, including Thailand, have had their cinemas open for a few weeks now. Other countries including Australia and the United States have some cinemas open while others remain closed in lock down areas.

The cinemas that have already opened have been drip-fed smaller release films while Russell Crowe’s Unhinged being the first film with a notable star at the helm to make its way into cinemas. Of course that all changes next week with Christopher Nolan’s Tenet hitting cinemas, but while all the focus has been on the Nolan epic the film that has had many comic book fans is the eventual arrival of the latest film in The X-Men franchise, The New Mutants, which also opens in selected cinemas on August 28th.

The film has had a rocky past. It was originally slated for released in 2018 but then got held up by Disney’s take-over of Twentieth Century Fox and then had a Covid-19 date change as well. But finally the film lands next week and comic book fans right around the world can take a massive sigh of relief.

Of course one of those fans is the film’s director Josh Boone whose love of the X-Men inspired him to want to make the film. “I finished making The Fault In Our Stars for Fox and I knew that they had the X-Men franchise which I had loved since I was a kid,” Boone told the audience recently at the Comic-Con At Home fan event recently. “My best friend and I had loved this Demon Bear saga that they had done with the comics because it kind of mixed genres a little with dark fantasy, horror and super-hero comics which I had never really seen anything like that before and it looked so different to anything I had seen in the indie comics that I had been reading for years.”

Certainly the trailer for The New Mutants hints that Boone has captured that cross-over of genres very well with the film with many people commenting on the fact that the trailer shows the film’s true horror side and that is something that Boone had dreamed about bringing to the screen even before he was a film-maker. “I remember sitting in my apartment in LA before I was even making films and I had a stack of New Mutant comics there,” he continues. “And I was like ‘one day maybe’ but it really wasn’t working out. But I really thought it would eventually, and ultimately it was the mixing of all those genres that really made this something that I wanted to do.”

Of course one of the other reasons that fans are so excited about being able to finally see The New Mutants is because they are dying to see Game Of Thrones favourite Maisie Williams in one of the first big roles outside of the series that made her famous. “I was just so excited,” Williams says when asked about what it was like stepping into a while new franchise and getting to play a character as quiet and reserved as Rahne Sinclair. “I was really thrilled to be able to play someone like Rahne because I have always seen myself as that kind of character.”

“I think she is very uncomfortable in her own skin,” she says delving deeper into her character. “She wants to speak up and say how she feels but she is constantly treading lightly. You know when I played Arya Stark I always had to be so commanding and own the room. I had to be brave and strong and that is kind of exhausting and I don’t feel like doing that all the time so it was actually really lovely being able to play Rahne who is really just sitting, watching and listening and she only really comes to life when she is with Danni but in the group she is much quiet and keeps to herself and I mean the whole X-Men fan base have just been incredible or I guess the New Mutants family if they are the same thing. They have been really welcoming though and I guess this whole super-hero world is totally bonkers but I am glad to be back again.”

The New Mutants opens in Phuket cinemas on August 28th. The film is yet to be classified.