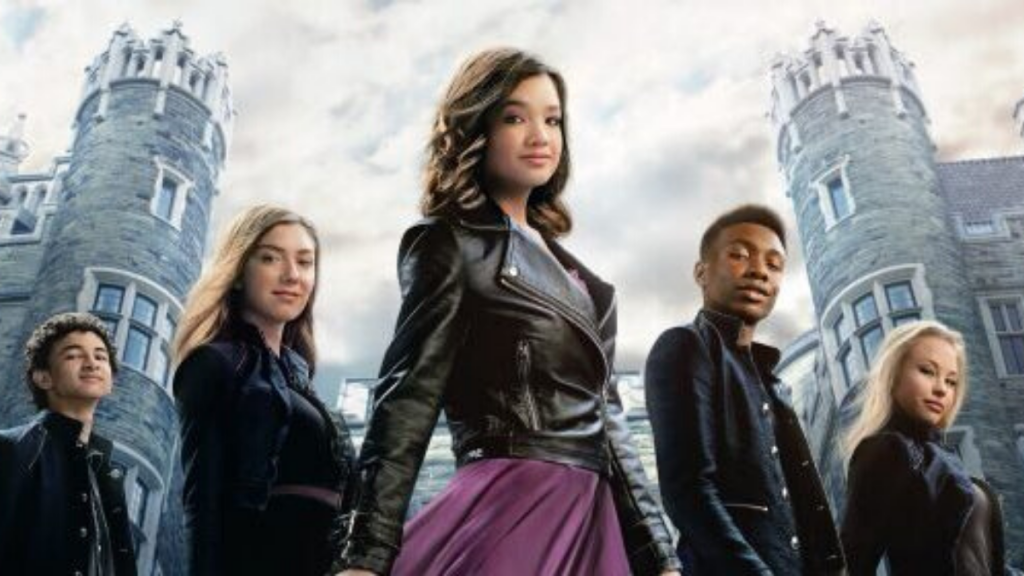 One of the biggest criticisms aimed at the super-hero genre over the past few years has been that nobody out there is doing anything different. As far as the box office goes super-hero movies remain supreme. Place a new Marvel movie on the big screen and you are guaranteed to get a healthy return at the box-office and to many it has felt that has given the studios behind them an excuse not to be creative. Why change a formula that works, right?

Well it seems that Disney is about to buck that trend with the brand new super-hero flick Secret Society Of New Born Royals. The first film in what Disney hope to become a long-lasting franchise sees not only the arrival of fresh super-heroes to the Disney family but also the inclusion of the some brand new Disney princesses and that is something that is not lost on the star of the film – Peyton Elizabeth Lee (Scandal).

“I was super excited when I found out that I was gonna be a Disney princess, like who gets to say that?” says Lee laughing loudly as she talks to the press about her role of the rebellious Sam in the film. “It’s such this iconic group of people, and so to sort of be a part of that was really exciting. And then when I found out that it was not going to be your typical Disney princess but that they’re second-borns and that they don’t fit that sort of princess and prince mold, that just made me much more excited because it’s so important that we sort of break out of what people, you know, think you should be.”

When Lee says her character doesn’t exactly fit the normal Disney princess mold she is not joking. Early on in the film she is a skate-boarding rebel who finds herself in trouble with the law while her sister, who is about to become Queen, goes about her Royal duties. While that makes her very different to the other Princesses that call Disney’s castle home it was also one of the things that attracted the young actress to the role.

“I think one of the reasons why I connected so closely with Sam and  was so excited to play her is because she has all these, you know, quirks and unique personality traits,” Lee explains. “You know, she’s a princess but she doesn’t fit that mold perfectly and she has these rebellious tendencies but she’s also not, like, a bad person. And so sort of navigating those- that balance of who she is and that she’s not- she doesn’t fit into any one mold  was a reason why I connected with her and I think everyone can connect with her is because, you know, no one’s any one thing, you know, they’re a combination of so many different things.”

Lee is also quick to admit that the fact that Sam is so different to what most people will expect her be also made it challenging for her as an actress to bring to the screen. “Just sort of stepping into her head, you know why she does the things she does, why she cares about the people she cares about, why she’s upset about the things she’s upset about. I think really just getting into her mindset was the biggest component to playing her. At first she’s not really wanting to be a part of the team because at the beginning of the story, Sam’s not a great team player. But by the end of it, we sort of see her pull the group together and sort of come out as- as a leader for them and as sort a motivator for them.”

It is also perhaps those differences that we see with Sam that will make her most relatable to the film’s key audience – teenagers. As she wraps up the press conference Lee is quick to remind those about to watch the film that this film is about more than just entertainment. “I don’t want to, like, tell people what they should take away from it, but I think, you know, these superpowers that we all have are very symbolic of what’s unique about each of us and what makes you different from me and you different from your neighbors, you know, and- and that what makes us unique is what makes us special, is what makes us  important.”

While unclassified at the moment Secret Society Of Second Born Royals is for families and will be released on Disney+ on September 25th.