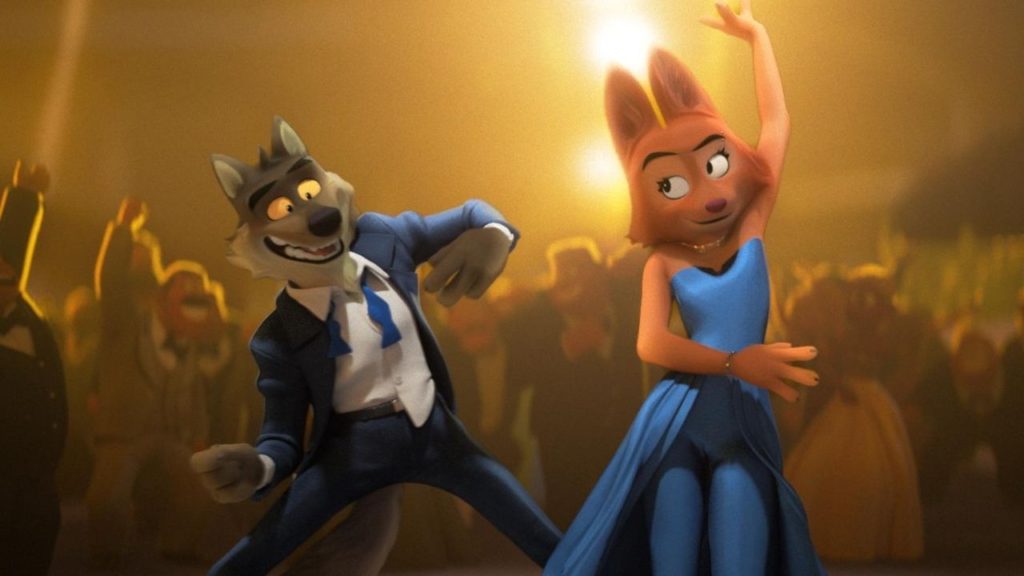 Summary:  Several reformed yet misunderstood criminal animals attempt to become good, with some disastrous results along the way.

OUR THE BAD GUYS REVIEWS

It is often said that cinema needs something fresh. In a world where it often seems that it is Marvel vs DC or a reboot from the past it is very, very refreshing when something like The Bad Guys comes along. This may be an animated film but it is well written, comical yet somehow still manages to pack a real action punch.

Based on the books written by Aaron Blabey (whom many would remember as an actor from the iconic Water Rats) the film centres around a crime gang headed by criminal mastermind Wolf (voiced by Sam Rockwell – Moon). Also in the gang is the untrustworthy Snake (Marc Maron – Almost Famous), the cyber hacker Tarantula (Awkwafina – Crazy Rich Asians), master of disguise Shark (Craig Robinson – This Is The End) and the muscle Piranha (Anthony Ramos – In The Heights).

However their lives are turned upside down when the brand new Mayor Diane Foxington (Zazie Beetz – Joker) announces that she is going to take down the crew. Determined to prove her wrong they decide to go after the elusive gold statue that is about to be awarded to the city’s hero Professor Marmalade (Richard Ayoade – The IT Crowd).

Directed by Pierre Perifel (Bilby) The Bad Guys is unlike any animated film that you have ever seen previously. The film’s crime storyline feels like it is for adults yet somehow  the screenwriter, Etan Cohen (Men In Black 3), manages to make this family friendly. So family friendly in fact that this is a film that will be enjoyed by all family members of all ages.

It is obvious that the film pays tribute to films like The Fast & The Furious and Oceans 11 yet at the same time has a voice that is very much its own. The film mixes comedy with action seamlessly well while also managing to draw in some classic heist tropes into an animated setting.

The characters themselves are all interesting and it is very easy to see that each audience member is going to find themselves ‘barracking’ for a character that they want to see as their favourite. Added to that is the fact that Cohen is a smart enough screenwriter to give each character their own personality and uniqueness, something that is often let fall by the wayside when it comes to the animation genre.

The plot itself is full of twists and turns that draw the audience in and keep them guessing from start to finish while the action sequences themselves make you feel like you are watching a Japanese animated film. Those sequences are bright, entertaining and above all add a suspense to this film that lifts this film above many of the other family films we have seen released over the past few years.

The Bad Guys is one of the biggest surprises of 2022. This breath of fresh air is a reminder that there is still creativity when it comes to animation. With such a creative plot and memorable characters this is one film that deserves to become its own franchise.

Other Subculture The Bad Guys Reviews: