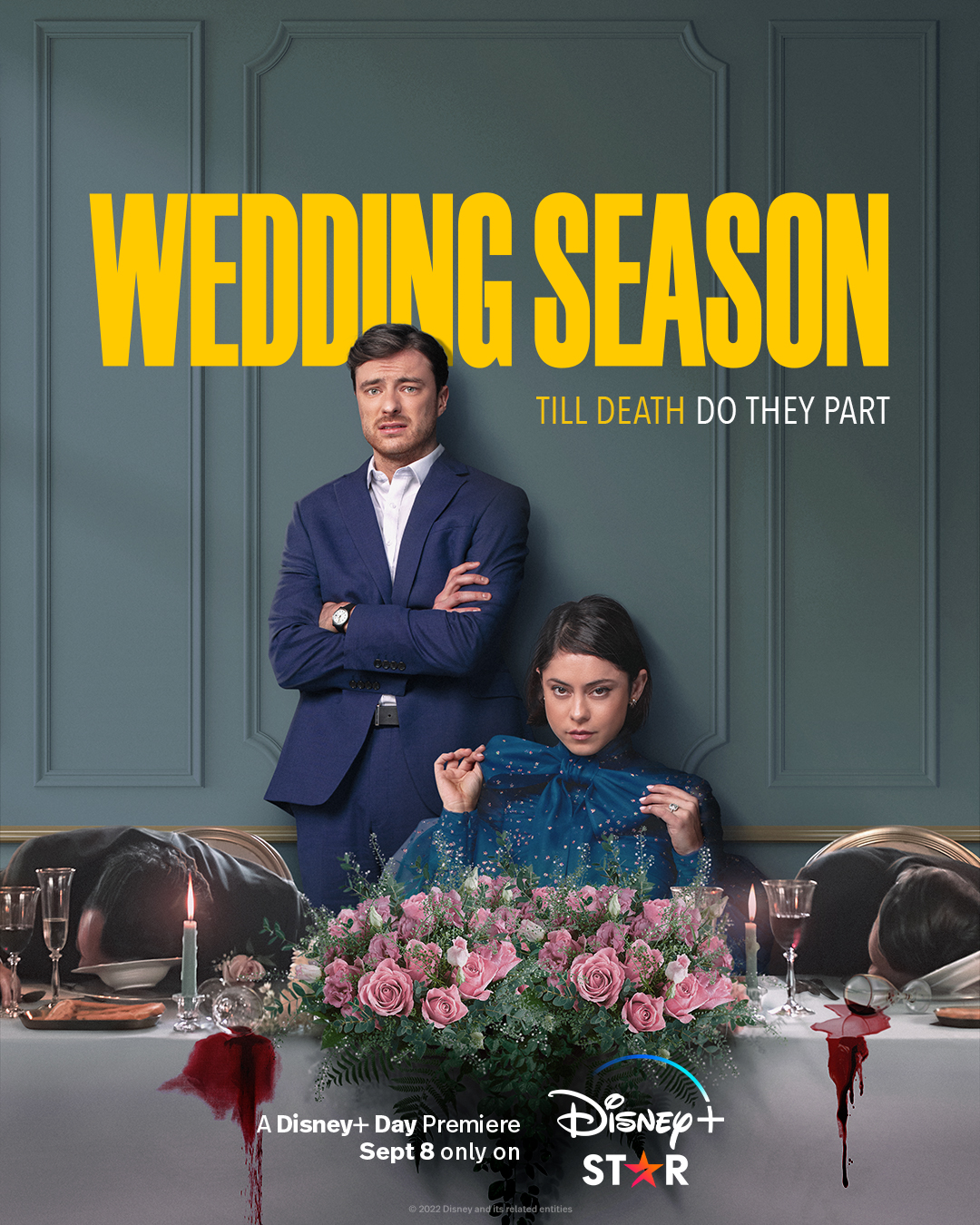 Disney+ has unveiled the official trailer and key art for its first UK Original series, rom-com action thriller “Wedding Season.” The eight-episode series premieres exclusively on the streaming service on Disney+ Day on Thursday, September 8.  Further images were also revealed of the brand-new series, which premieres on Disney+ under the Star banner in Australia.

The genre-busting series tells the story of Katie and Stefan who fall for each other at a wedding and begin an affair, despite Katie already having a fiancé. Two months later at Katie’s wedding, her new husband and his entire family are murdered. The police think Stefan did it. Stefan thinks Katie did it. And no one knows for sure what the truth is…

The series is an action-packed romp across the UK and the US as Katie and Stefan go on the run, all while trying to prove their innocence.

Robust parental controls ensure that Disney+ remains a suitable viewing experience for everyone in the family. Subscribers can set access limits on mature content and create PIN-protected profiles alongside the already existing Kids Profiles to give parents and guardians peace of mind.