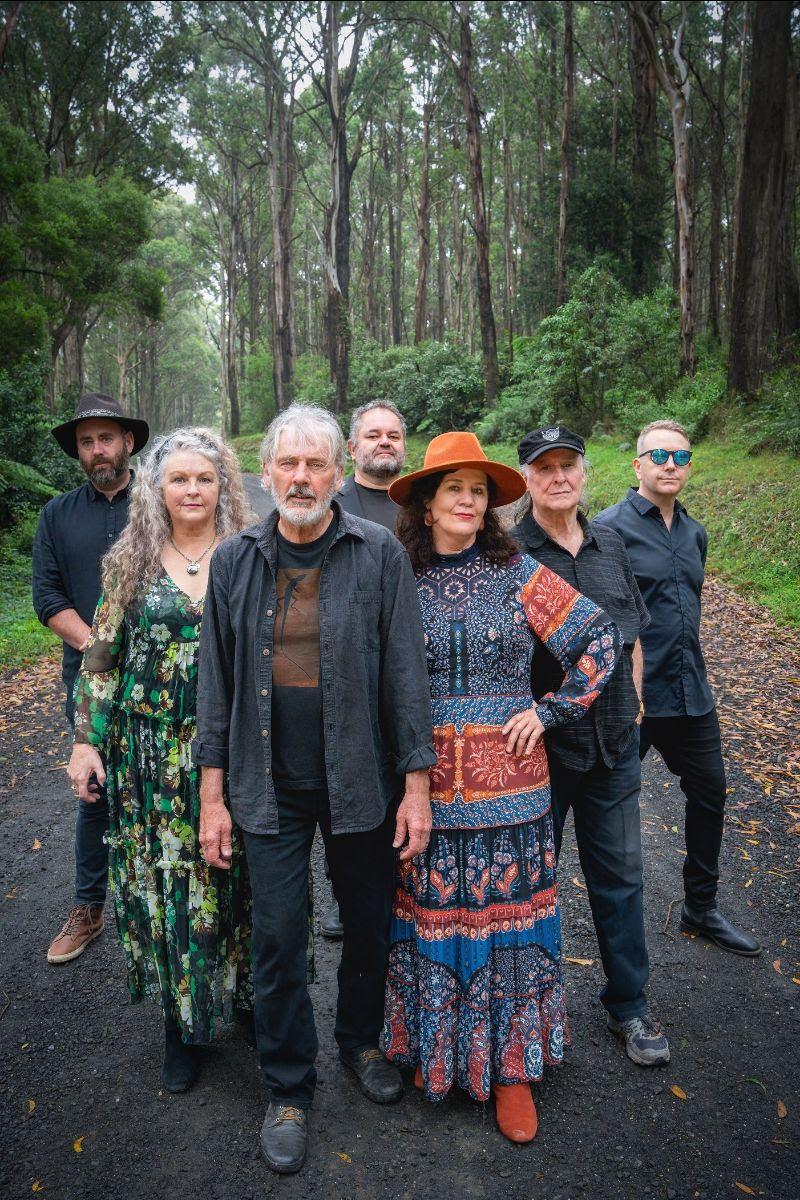 Following the announcement on the weekend of their forthcoming appearance at the AFL Grand Final, iconic Australian band Goanna have announced an extra show of their Spirit of Place 40th Anniversary tour, which is set to resume this weekend with shows in Newcastle and Sydney before heading to Western Australia, Tasmania, Victoria, the ACT, NSW’s South Coast, and South Australia before the end of the year.

The additional show of Goanna‘s tour has been announced for their old hometown of Geelong. It will take place at Costa Hall on Friday 18 November. Tickets go on sale at 9am on Thursday 15 September at https://geelongartscentre.org.au/whats-on/all-events/goanna/

The new show follows the recent addition to Goanna‘s tour of a guest appearance on Midnight Oil‘s last ever WA show (Sun Sep 25 – Nikola Estate, Perth), a Goanna headline show at the Freo Social (Mon Sep 26) and, to finish their Spirit of Place 40th Anniversary tour in good company, an appearance at the recently announced Harvest Rock festival in Adelaide (Sat 19 Nov).

Goanna will perform with special guests First Nations artists Christine Anu, Emma Donovan, Tasman Keith and William Barton as part of the Half-Time Entertainment at the 2022 AFL Grand Final at the MCG on Saturday 24 September.

Additionally, Goanna‘s “Let The Franklin Flow” features prominently in Franklin, a feature-length documentary about Australia’s most significant environmental campaign: the battle to save Tasmania’s World-Heritage listed Franklin River from being dammed by a hydroelectric project in the early 1980s. Franklin is in Australian cinemas now.

Forty years on, and with their messages of positive engagement in Indigenous rights and environmental protection more relevant than ever, GOANNA this week re-commence an extensive national tour to commemorate and celebrate 40 years of their acclaimed, multi-platinum debut album Spirit of Place and the album’s truly iconic first single “Solid Rock”.
The group announced the tour following a celebratory performance at WOMADelaide in March and followed the announcement with a three-show run as special guests of old mates Midnight Oil on their farewell tour. Other than these performances, the Celebrating 40 Years of Spirit of Place tour comprises the group’s first full-band shows in over 20 years.

The 40th Anniversary tour took in Queensland and the Northern Territory in June and July and now resumes to take in other capital cities and major regions, with a final headline homecoming show in Geelong, where it all started some 45 years ago.

The core trio and ever-beating heart of Goanna – Shane Howard, Rose Bygrave, and Marcia Howard – are being joined for the tour by original Spirit of Place guitarist Graham Davidge and a stellar line-up. The group will be joined on stage by special guests, and each night will feature a hand selected special guest as opening act.

Join this iconic Australian group as they embark on a new journey, paying homage to the classic songs from their early days and reigniting the Goanna spirit once more.