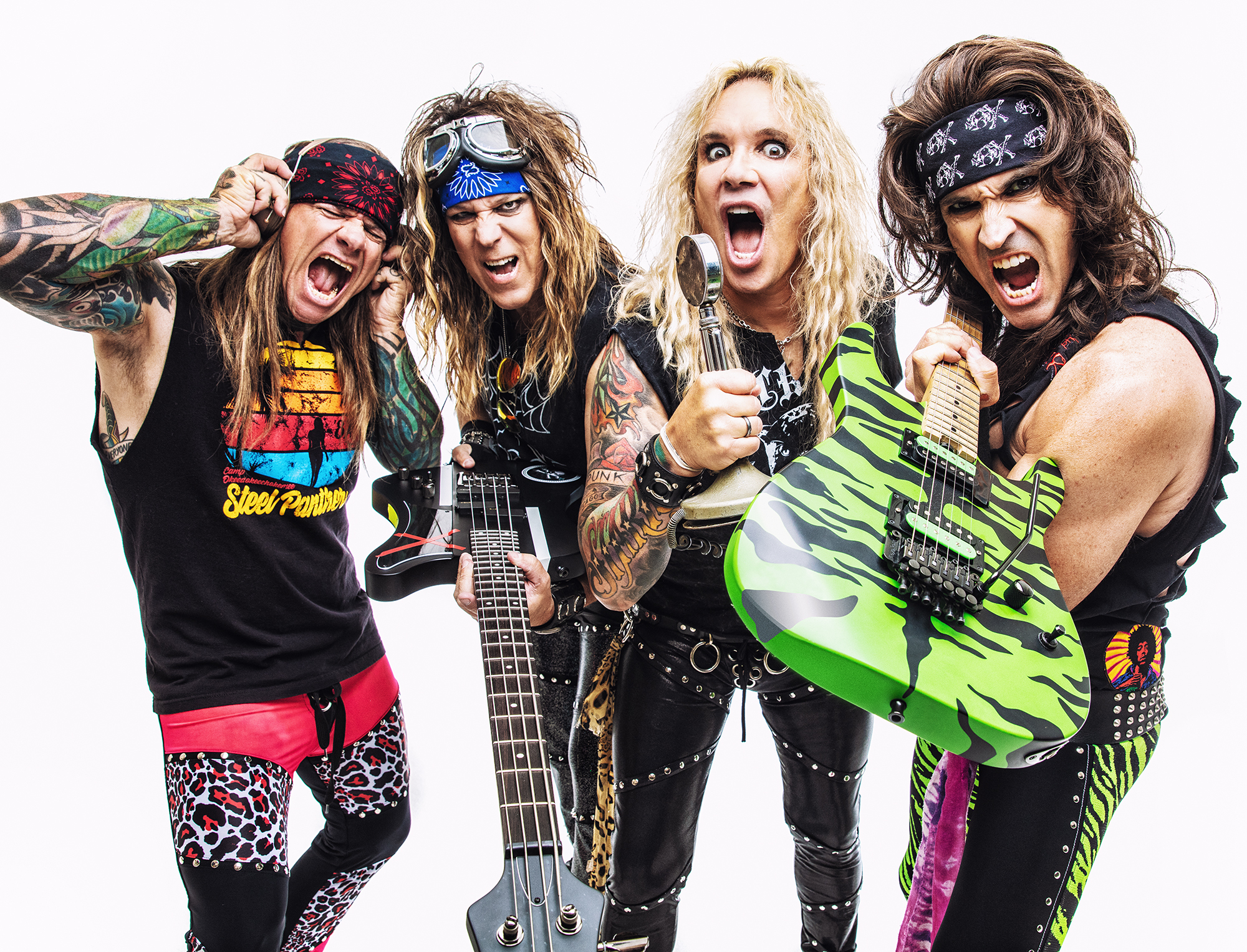 The story of Spyder and Steel Panther is like one pulled from any great American love story. If you have seen The Notebook or Jaws, then you know exactly what we mean. Spyder and the guys have known each other for decades. But it was in 2018 that Spyder did his first live show with the band. Little did they know that those shows would be a foreshadowing of what destiny had in store for their collective futures. In 2021, the band found themselves in a pickle, they needed a bass player.

An exhaustive search brought many submissions and fans were treated to a variety of bassists on different tours. The band had even considered a few well-known bassists to fill the void. Throughout the five-week European tour in the summer of 2022, it became quite evident to all four guys that this lineup was unstoppable. A few more months of touring together perfected the new lineup and now anyone that has seen the band recently knows that Spyder is the perfect addition for Steel Panther. In other words, Spyder is the chocolate to Steel Panther’s peanut butter.

“We wanted it to be you. We wanted it to be you so badly. So, it’s not gonna be easy. It’s gonna be really hard. We’re gonna have to work at this every day, but we want to do that because we want you. We want all of you, forever, you and us, every day. To us, you are perfect. You had us at hello. You complete us. We’re gonna need a bigger boat,” explains Steel Panther.

To coincide with the new bassist announcement, the newly whole Steel Panther are coming Down Under in October alongside Airbourne! More information on tickets and purchase links for all shows can be found at: http://mjrpresents.wpengine.com/steelpanther/.

Steel Panther will be hitting Powerstation in Auckland Monday 17 October, then will be joined for the Australian leg of the tour on Wednesday 19 October at Newcastle Entertainment Centre, Friday 21 October at Hordern Pavilion in Sydney, Saturday 22 October at Eatons Hill Hotel in Brisbane, and will finish in Melbourne on Sunday 23 October at Margaret Court Arena in Melbourne!

Steel Panther has been hard at work at new material that will be released throughout 2022. More information for all things Steel Panther can be found at www.steelpantherrocks.com.

For the uninitiated, Steel Panther was formed in 2000.  Hailing from Los Angeles, the epicenter for rock n’ roll in all its debauchery and glamour, Steel Panther has established themselves as the world’s premier party band, melding hard rock virtuosity with parody and criminally good looks. Steel Panther is a global phenomenon with four full-length albums, touring across the world, platinum-level You Tube status and high-profile television appearances such as Jimmy Kimmel Live, Larry King Now, and FOX NFL Sunday.

Tickets are on sale now for Steel Panther’s New Zealand date at Powerstation and Steel Panther and Airbourne Australian dates at http://mjrpresents.wpengine.com/steelpanther/.