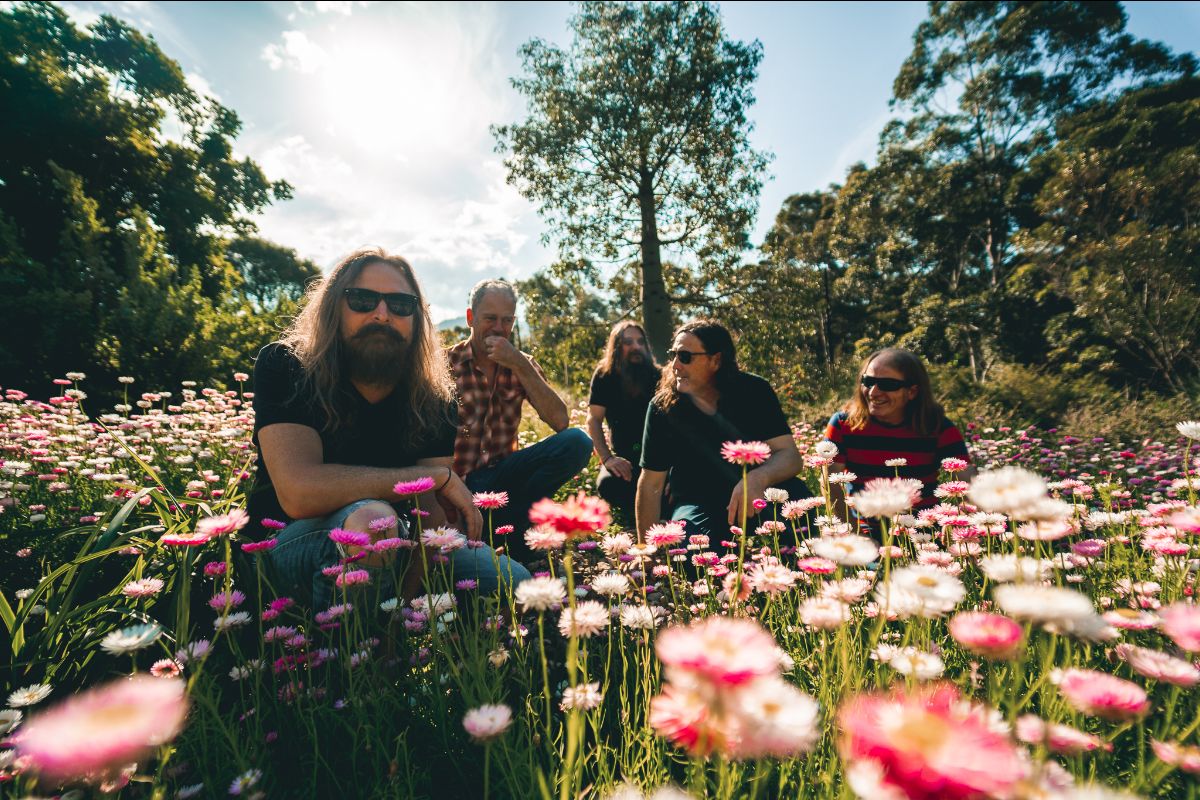 The band has once again teamed up with Radio Birdman/The New Christs front man Rob Younger to produce the track which finds the Wollongong five piece exploring their lighter, power pop side and in the process creating a perfect anthem for the forthcoming spring and summer.

Vocalist Richie Lewis discusses how the inspiration for the track stems way back to the 90’s, “I was living in Byron Bay in the 90s, the smell of patchouli and marijuana smoke drifted on the summer breeze, I loved the transient nature of the place, the drifters and backpackers, searching for themselves and fresh experience, it was an exciting energy to be around, to have no fixed address, to be a world nomad. I enjoyed talking to travellers here and there at the Rails or wherever and remain distant friends to a couple of the people I met and it has been interesting living vicariously through their travels on facebook, viewing their continuing journey from afar. Patchouli girl is about one of them, searching the world to find herself.”

Recorded at Rancom Studios in Sydney with Brent Clark behind the desk, for ‘Patchouli Girl’ they enlisted Bill Gibson (formerly of the Eastern Dark & Lemonheads) to provide backing vocals and Daniel Barden to play Trumpet. The single is accompanied by a music video made by Melbourne animator Lluis Sanchez.

Tumbleweed celebrated their 30th anniversary in 2021 with the release of a 7” singles box set and tour (which was eventually completed despite some covid related setbacks) before digitally releasing the majority of their back catalogue for the first time in 2022, after they were able to gain ownership of their back catalogue. The band have continued to play live through 2022 at festivals such as Springloaded and Uncaged, as well as a stadium support with Kiss.

To celebrate the single, they have also released a limited edition shirt featuring artwork to replicate Lluis Fuzzhoud’s cover art and video clip.
You can purchase the shirt here.