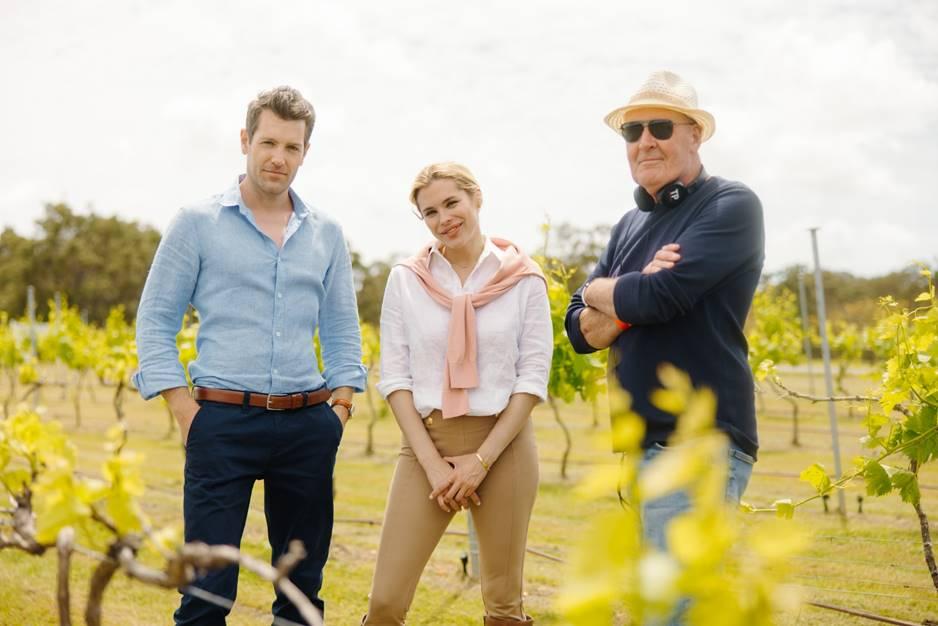 LOVE BY THE GLASS, a new romantic feature starring Susie Abromeit (Love In Bloom, Jessica Jones) and Tim Ross (Romance on the Menu, Dive Club, Wonderland), is currently shooting in Brisbane, Australia. The eighth romance film from The Steve Jaggi Company (SJc), LOVE BY THE GLASS tells the story of an unlikely pairing – Allee and Ethan – who despite their differences, could be just right for each other.

Spirited and hardworking, Allee (Abromeit) dreams of one day managing the boutique family winery owned by her grandparents, but when the vineyard runs into financial trouble, Allee and her brother Nick (Cameron Robbie) decide to work on a secret new wine blend in the hope it will turn their family fortunes around. When charismatic Wine Inc. representative Ethan (Ross) arrives at the winery, he has his own agenda, and is on a mission to convince the vineyard owners to sell so he can secure a big promotion. Things get complicated as Allee and Ethan grow closer, yet want very different outcomes.

This is the second time Susie Abromeit has filmed in Australia, having starred in Love In Bloom back in 2021. She comments “I am very excited to be filming in beautiful Queensland again with the SJc team. Between the script, the team, and the crew, I can tell this is going to be a very special project that I’m already very proud of.  The various locations, including the vineyard have been stunning. I’m really looking forward to sharing this film with everyone.”

Director Colin Budds adds “I have spent a lot of time filming in Queensland over the years, and it’s fantastic to be back on set with this hardworking team here in Brisbane.”

SJc is again partnering with US-based Nicely Entertainment on LOVE BY THE GLASS, following recent projects A Royal In Paradise, This Little Love of Mine, Dive Club and Love In Bloom. Producer Steve Jaggi comments “We’re thrilled to be underway on another romantic feature with the team at Nicely, who share our passion for bringing modern love stories to romance fans here in Australia, and around the world.” He adds “We’re delighted to once again be working with Susie Abromeit and Tim Ross, and to have the experience of Colin Budds at the helm.”

Also starring in LOVE BY THE GLASS are Cameron Robbie, as Allee’s brother Nick, and Jean-Pierre Yerma and Marita Wilcox as Allee’s grandparents.

LOVE BY THE GLASS is produced by Steve Jaggi and Kelly Son Hing, with Kylie Pascoe co-producing. Vanessa Shapiro is executive producer. Athabasca Film will manage distribution of the film domestically, while international sales and distribution will be handled by Nicely Entertainment. LOVE BY THE GLASS is financed with the support of Xcelerate Action.