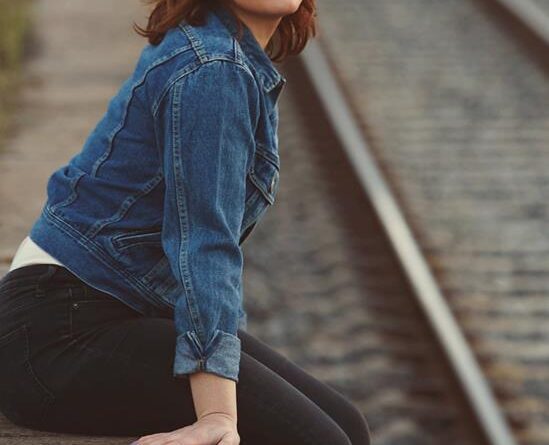 Ella has released a series of enchanting singles from the album – Old News and Words Like These, along with album track Achilles Heel, and today shares a further taste with Love In The Time Of Cowardice.  Listen HERE.

Following her Wonderland Spiegeltent performance at Barwon Heads to kick off the tour, Ella will then head to Newcastle, Sydney, Cronulla, Bundalaguah, Archies Creek, Brunswick Heads, Brisbane, and Melbourne before concluding at Adelaide’s Fringe Festival on February 24.

Ella explains, “Hitting the road with this record feels like light at the end of a long tunnel. Recording it was a powerful healing process but touring it – well that’s just a crazy amount of fun and release! It’s joy, it’s life…the crowds with their energy and enthusiasm make it so.

“On tour I relish the small but ‘extra’ things like selling unique merch – scented candles, enamel pins, but I’m most excited about the limited edition cloud coloured vinyl! Available for pre-order now! This item is a dream come true, it perfectly fits the Small Town Temple aesthetic.

“I am so proud of this record and the live band that’s behind me at the moment. It feels like the highlight of my solo career, so far!”

Ella was still a teenager when she burst onto the Australian music scene fronting Killing Heidi. It’s worth recapping Killing Heidi’s remarkable success. They scored their first number one single, ‘Mascara’, on Ella’s 17th birthday and at 18, she became the first woman to be awarded APRA’s Songwriter of the Year. Their debut album, Reflector, was one of the fastest-selling Australian albums of all time, spending six weeks at number one, going five times platinum, and winning four ARIA Awards, including Album of the Year.

“For a long time, I felt awkward about my success, that I had to apologise for it,” Ella reveals. “Becoming a bit of an overnight success with Killing Heidi really presented its challenges. I’ve had a complicated relationship with my career, but I don’t feel hamstrung by that anymore.”

After releasing three hit albums with Killing Heidi, Ella embarked on a solo career. Her forthcoming album, Small Town Temple – written in her hometown of Violet Town – has been hailed as a new beginning, showcasing Ella’s deeply personal songwriting.

“Violet Town has always been my inspiration,” she says, and sings: “It’s there I feel the magic.”

And so Small Town Temple, is a love letter to her hometown – “just a humble little mystery that keeps me going and coming on back” – as well as her family and friends.

Ella wrote the songs at her mum’s home, “a little church on the outskirts of town” – the Small Town Temple, “a place where all feel welcome”.

It was the first time that Ella had featured her mum and dad on one of her records, and she dedicates the album to Violet Town and her parents, “for all they taught me with their lives and their love of music”.

“They are the reason I make music and why I am who I am,” Ella explains.

But, as the classic song noted, true love travels on a gravel road. The Small Town Temple story took a tragic turn with the passing of Ella’s parents earlier this year.

“I had no idea when I started making this album how things would turn out,” Ella says. “It’s been a very strange time, to say the least. But I’m so grateful that something told me to include mum and dad. It seems so appropriate that they open and close the album.”

These are not songs of mourning, but Small Town Temple is a deeply personal exploration of family, friendship, community and childhood memories. “Didn’t come from nothing,” Ella sings, accompanied by brother Jesse on acoustic guitar, “but I didn’t come from much. We had what we needed – the basics and stuff.”

After a multitude of gold and platinum records and four ARIA Awards, Ella remains committed to her craft. As she sings on Small Town Temple: “Still strong, still on a mission.”