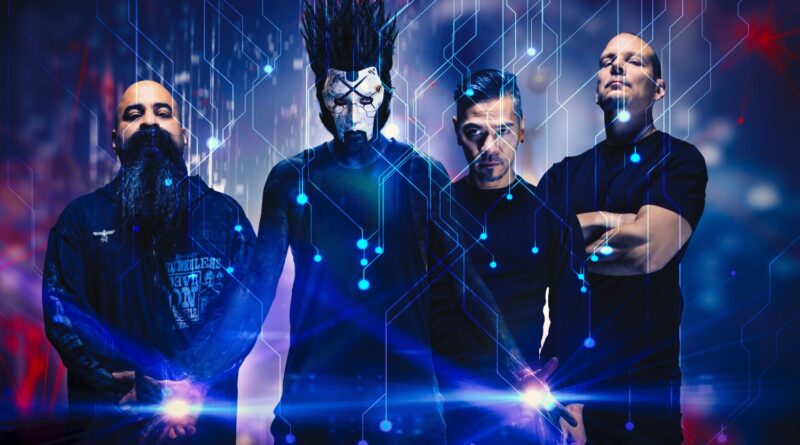 From the moment Wisconsin Death Trip was released to an unsuspecting world, Static-X stood above. Their industrial alt-rock hybrid “Evil Disco” shook metal from its stagnant state and redefined what can be done with heavy music.

In 2019, founding members Tony Campos, Koichi Fukuda and Ken Jay recruited an unidentified mask wearing enigma on vocals known as Xer0 and hit the road to celebrate the band’s legacy, the anniversary of Wisconsin Death Trip and as a memorial to fallen frontman Wayne Static.

The love, esteem and respect for the band that give so much at every live show was reflected back to them from fans, critics and peers alike.

“After witnessing the band’s set in NYC’s Sony Hall, you can leave all preconceived notions at the door. Static-X is a wild and crazy good time to be had. An impassioned and unforgettable performance.  If you have the opportunity to see Static-X, GO. Don’t hesitate, just GO!” – Music Existence

This May, Static-X return to Australia to celebrate the 20th anniversary of their highly acclaimed album Machine with a setlist that includes a slew of songs from their expansive career; from their iconic debut, Wisconsin Death Trip, through to their latest and aptly titled
Project:Regeneration Vol 1

“We are so excited to finally get back to Australia. We plan to play most of the songs off of both Machine and Wisconsin Death Trip as well a number of nice surprises. It’s going to be one for the ages and we can’t wait to get out there and celebrate 20 years of our Machine record while we continue to remember all of the good times that we had with Wayne and to share it live and loud with all of our Aussie fans. It’s going to be awesome!” – Tony Campos

“The signature sound of that metallic, disco thumping, modern metal 1-2 punchy dance beat is well placed in almost every track on here, (Project Regeneration) really is the best of what Static-X is.”  The Rockpit

Joining Static-X for the tour are SOiL; pioneers of a sound that gave the world bands such as Godsmack, Spineshank and Mudvayne, SOiL’s influence goes deep. Frontman Ryan McCombs powerful vocals spawned a thousand imitators and they were one of leading acts to modernise rock at the turn of the century…The band will be performing their groundbreaking album. Scars, in full as well as other favourites.

“SOiL prove once again that they are a timeless band. An incredible performance from one of the most underrated and important acts of recent times.” – Ramzine UK

Details & Ticketing Links will be live on announcement at
thephoenix.au