Today the voting lines open in a call to the nation to find the top 3 Australian feature films – fiction and documentary – of all time.  The audience-curated feature films #YOUMUSTSEE will screen at the Adelaide Film Festival in October in a celebration of Australian cinema.

The #YOUMUSTSEE campaign calls on audiences to celebrate, honour and acknowledge their favourite Australian screen stories and supports the current #MakeitAustralian campaign which throws the light on building a sustainable national screen industry.

One of the five ‘faces’ of the 2018 Festival campaign, South Australian actress Natasha Wanganeen, has Rabbit Proof Fence, Walkabout and Sweet Country on her list.  David Stratton rates Newsfront, Gallipoli and Blessed top of his list while Margaret Pomeranz says the Aussie films #youmustsee are Samson & Delilah, Beneath Clouds and The Babadook.

Warwick Thornton recommends Autoluminescent: Rowland S. Howard, while Tilda Cobham-Hervey and Samantha Lang include Somersault in their top 3 and The Dressmaker features for Sharon Johal. The Castle is up there for Lehmo, 7 News Adelaide’s Jane Doyle, youtube sensation Ozzy Man and Spear producer John Harvey.

But it is back to 1919 for Mad Max director Dr George Miller with The Sentimental Bloke. Have your say and tell us your top 3 Australian films #youmustsee!

Artistic Director of Adelaide Film Festival Amanda Duthie said “This campaign should excite debate and discussion of the Australian screen stories that had an impact as a child, a teenager, or older, whether it was the comedies, the drama, the action or the revelation of a true story told in documentary or fiction form.  Was it a film where you recognised yourself? Or you learnt from a culture not of your own?

#YOUMUSTSEE invites you to come on this adventure of discovery. We encourage you to think on the Australian films made over the last 112 years and through your vote, gift them to new audiences. Vote because you loved it, it moved you, or you cannot forget the impression it left on you.

ADL Film Fest is already known as a champion of Australian screen works (feature films and documentaries, shorts, VR, moving image and more) and was the first Australian film festival to invest in film production through the groundbreaking ADL Film Fest FUND resulting in over 100 projects to date.  Become a champion too and vote for Australian screen stories #YOUMUSTSEE at this year’s Adelaide Film Festival.

To vote: go to adelaidefilmfestival.org 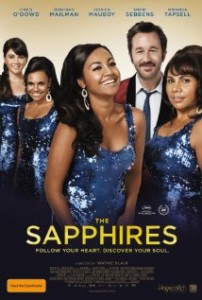