Psycroptic’s brand new album might not be out until August 5th, but this week we got them on the show to chat about Divine Council and what we can expect from it.

More than two decades deep into their existence, Psycroptic have today announced their eighth studio album, Divine Council, set to be released via Prosthetic Records on August 5. Alongside the album announcement, the Australian extreme metal group have shared the lead single, “Rend Asunder”, and an accompanying music video for the track – directed by Michael Rankine and filmed at Oi Studios in Tasmania, AU – which can be seen here:

Speaking on the album announcement and “Rend Asunder”, the band comments: “‘Rend Asunder’ is a little bit of a different style of track for us – stripped back and streamlined, but it still has the Psycroptic sound. It’s straight to the point – fast, catchy and hard hitting from the outset. We think people will dig it from the first listen. We can’t wait to play it live, it will definitely be in the set for our upcoming tours.”

Brothers Dave Haley (drums) and Joe Haley (guitar) have steered Psycroptic through different shades of death metal, from the technical to the experimental, with longtime vocalist and lyricist Jason Peppiatt and bassist Todd Stern further embellishing the sound of the band to create something that is distinctively Psycroptic.

Origin vocalist Jason Keyser has long been considered a part of Psycroptic‘s extended family, and on Divine Council, he contributes vocals to the album tracks. As Peppiatt wrote the lyrics and vocal patterns, the group were able to utilize an extended palette of styles to further enhance his sound, courtesy of Keyser and additional vocals from Amy Wiles, hitting upon a collective approach to complement the Haleys.

With writing and recording punctuated by a pandemic and subsequent strict lockdowns, Divine Council was recorded in various locations across Australia and North America. Drums were tracked at Anubis Studios by Chris Thelemco, bass was captured by Justin Spaeth at Cave Bound Studio, and guitars, vocals and synths were recorded by the band’s own Joe Haley at his Crawlspace Studios before he mixed and mastered the album’s nine tracks.

The suffocating atmosphere carries through to the lyrics that detail the myriad of ways that human beings waste, destroy or devalue what’s in front of them – captured in the evocative album artwork, courtesy of the prolific Eliran Kantor. With narrative threads that throw back to tracks on both their self-titled album and As The Kingdom Drowns, Psycroptic have found yet more new ways to explore human’s inherent inability to see the bigger picture – or change track before a miserable demise becomes a crushing inevitability.

Divine Council is an album that oozes confidence, maturity and a relaxed self-assurance befitting of a band with a rich legacy behind them and an unconstrained future ahead of them.

5. Ashes of Our Empire

Rock fans on a whole, rejoice. 2022 brings in a new summertime festival just in time for our lockdown shackles to be removed and for us to rediscover the simple joys of live music and community.

Uncaged (Presented by Silverback Touring) is the newest rock festival on the Australian festival circuit and packs a punch of musical diversity catering to fans of hard rock, alternative, pop punk, prog, metal and everything in between.

The first line up offering features heavyweights, Wolfmother, who headline Uncaged after spending the majority of their career touring and selling out theatres, stadiums and festivals the world over. Uncaged marks the bands return to Australian festival stages following their last major Australian tour in late 2019 and early 2020.

They will be joined by a plethora and who’s who of the Australian rock scene, including Magic Dirt, Kingswood, The Getaway Plan, The Superjesus, Tumbleweed, Bodyjar, End Of Fashion, The Hard Ons, The Meanies and Twelve Foot Ninja.

On the festival, Silverback Touring’s Danny Bazzi says, “We are all so excited to break free from lockdowns and the pressures of the last two years. Now is the time to get out and enjoy live music in a festival setting with some legends of Australian music and a whole bunch of amazing up and comers. No matter what your flavour, there is something here for everyone to enjoy and to discover, all with some big festival vibes. This is the rock festival for rock fans, by rock fans”.

General on sale: Monday 18 October at 9am

Piercing through the dark winter clouds, innovative leaders of the modern death metal scene, Psycroptic, have decided that the time has arrived to lunge out of the darkness and back onto the stage! Since their formation in 1999, the band have constantly evolved and broken through boundaries to write intense sonic creations that are heavy, catchy and worship the riff. Coupled with their incredibly tight and dynamic live performances, Psycroptic have persistently dominated Australian metal and are determined to keep it that way. Never ones to lay down, 2020 saw the release of the new EP ‘The Watcher Of All’ – 2 tracks released digitally and on limited edition, lighting the path for the next full length album of distinctive musical vehemence, scheduled for release later this year.

In support of the new EP and with the true need to play live again, Psycroptic embark on a long awaited string of shows that will undoubtedly attract full houses of tour starved metal fans. Grab your tickets ASAP! 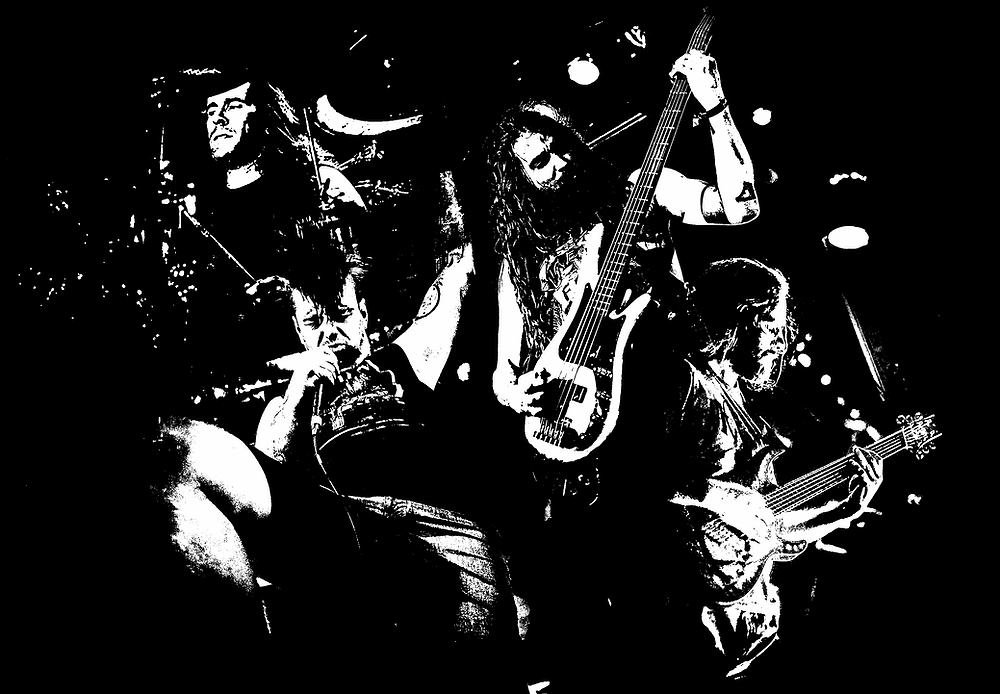 There is a new comer to the Australian extreme metal scene – and they are called CrisisAct. Of course if you have been lucky enough to catch the release of their first singles you will have noticed some very recognisable faces in the group – namely Dave and Joe Haley from Psycroptic, Matt Young from King Parrot and Brett Barnberger from Revocation.

“It actually came together quite quickly,” explains Dave Haley as I sit down to chat to him about the band’s debut EP Turn It Off. “Myself and Joe who also plays in Psycroptic we were just toying with the idea and thinking about how cool it would be to form some kind of grind band at some stage.”

“Then at the tail end of a recording session I was doing at the end of last year I had some time left,” he says continuing. “We decided to lay down some drums and then a month later I had completely forgotten about the drum tracks we had recorded because it was a spur of the moment kind of thing but then Joe hits me up and he had put together eleven songs that were good enough to release sans vocals.”

So the music was there but that of course was not going to be the final piece of CrisisAct coming together. “I thought the tracks were pretty cool,” says Haley laughing a little. “That was when we decided that we needed to get a vocalist and a bass player and put something together. It was definitely not something that was planned but it was something that had been in the back of my mind for awhile – to do a straight down the line death/grind band and it just all fell into place.”

You can listen to the full interview with Dave Haley in the audio interview above. Turn It Off EP is out now. 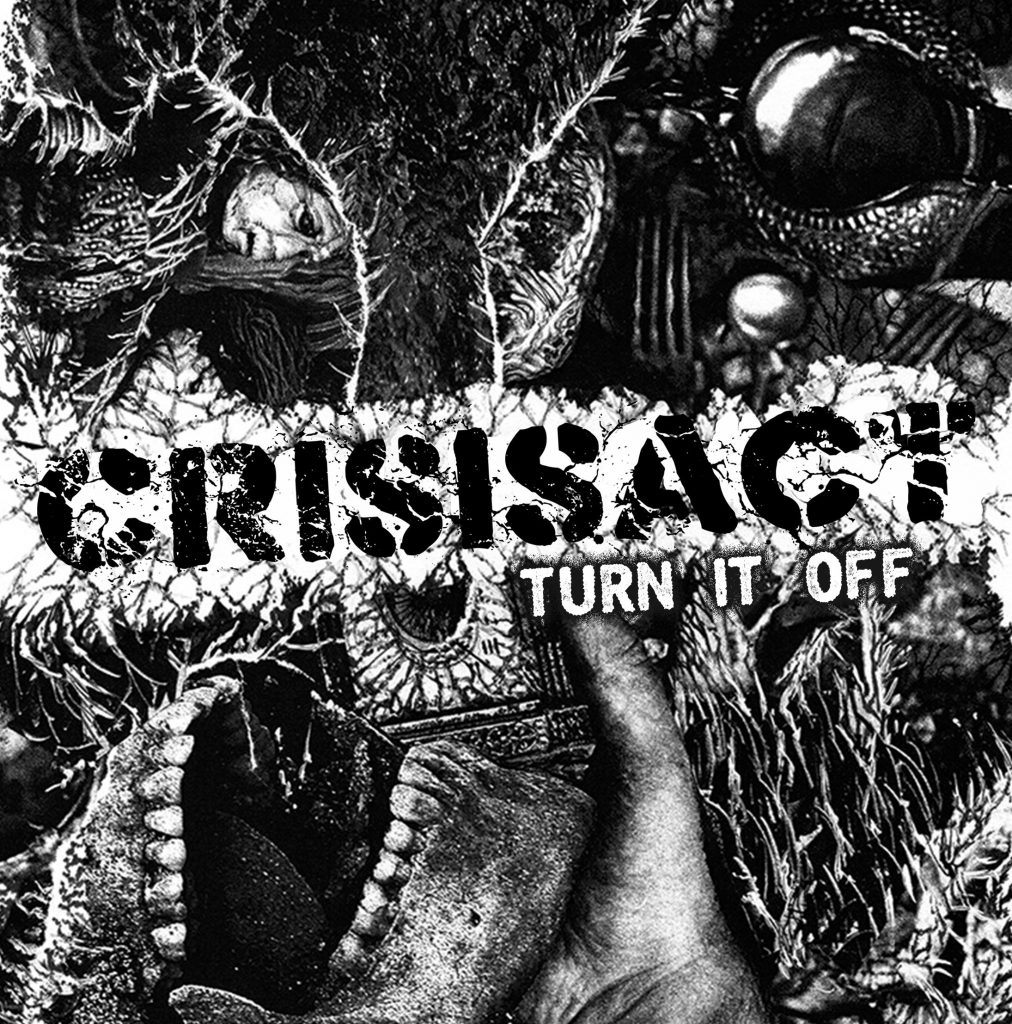 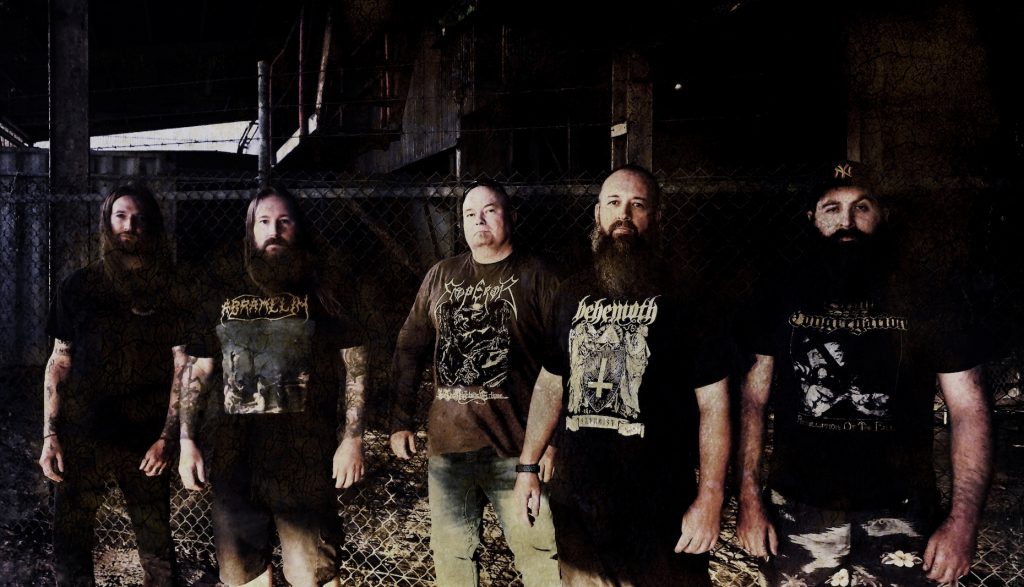 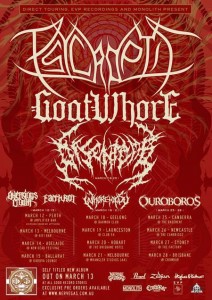 Subculture Entertainment’s Dave Griffiths chatted to Psycroptic’s Dave Haley as the hard working Tasmanian band are about to embark on a tour with Goatwhore and release their new self-titled album.

You can listen to or download our Psycroptic interview right here. 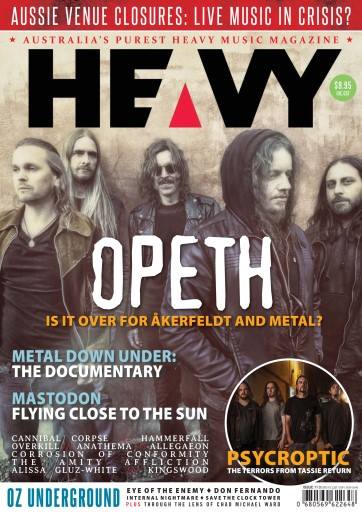 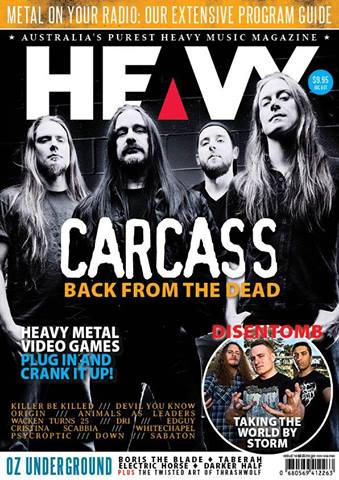