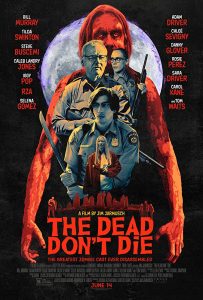 Summary: The peaceful town of Centerville finds itself battling a zombie horde as the dead start rising from their graves. 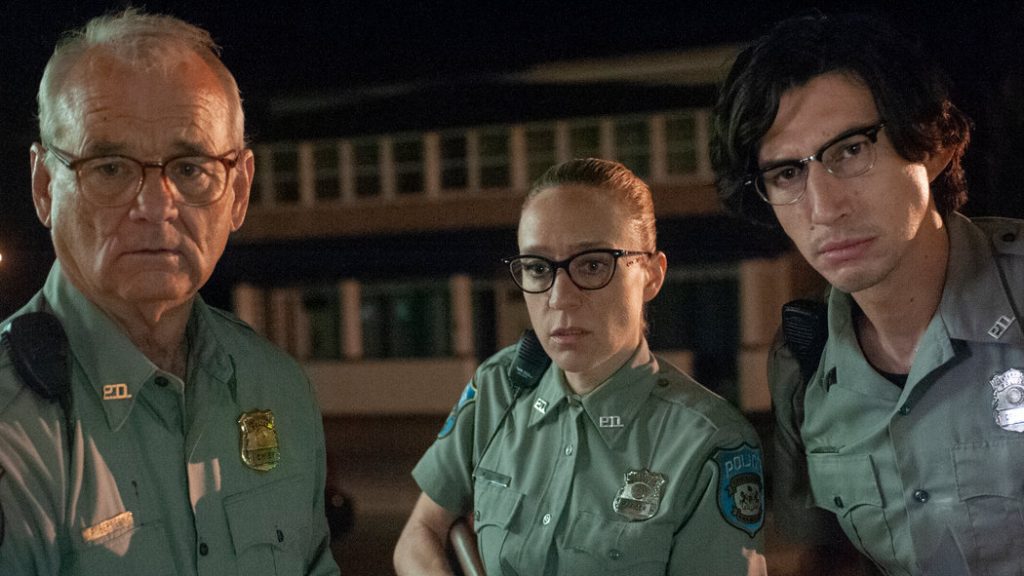 Some directors are just an acquired taste. Think of filmmakers like Gaspar Noe or Terrence Malick. They are directors that you will normally find that cinema-lovers are left in awe of or go to the opposite and can’t stand their work. Another director that should be added to that list is Jim Jarmusch. For me films like Only Lovers Left Alive and Paterson are absolutely sensational films that need to be savoured as you watch them. At the same time though I can perfectly understand why someone wouldn’t enjoy the more alternative aspect.

Now comes Jarmusch next little beauty – The Dead Don’t Die which sees the talented director bring his own sense of humour to the zombie genre in a way that makes this a truly memorable film. So many supposed comedies this year have failed to impress me at all so it was a welcome relief to see The Dead Don’t Die and find myself laughing all the way through it.

Set in the small peaceful town of Centerville the film centres around three Police Officers who bring law and order to the town. Chief Cliff Robertson (Bill Murray – Ghostbusters, Lost In Translation), Officer Ronnie Peterson (Adam Driver – Star Wars: The Last Jedi, Inside Llewyn Davis) and Officer Mindy Morrison (Chloe Sevigny – Boys Don’t Cry, Big Love) do what they can to bring law and order to the town but when the dead start rising even they aren’t completely sure what is the best avenue to follow.

Plot wise The Dead Don’t Die is probably one of the most simplistic films you will see this year. For most of the film the plot follows the traditional zombie trope storylines that we have come to know and love over the years. What makes the film so special though is the interesting characters that Jarmusch has created to inhabit the town. Interesting characters such as Farmer Frank Miller (Steve Buscemi – Fargo, Reservior Dogs) and Zelda Winston (Tilda Swinton – Snowpiercer, Suspiria) keep the audience guessing throughout the film. Countless times you find yourself whether Zelda’s sword-fighting skills are going to be what ends up saving the town or whether someone likes Hermit Bob (Tom Waits – Seven Psychopaths, Down By Law) knows more about the events than they are letting on.

Also making the film stand-out from other zombie comedies is the unique Jarmusch humour and dialogue that is delivered by the characters here. At times the dry wit humour and language used by the characters brings back memories of legendary television shows like Northern Exposure… and that is a welcome relief in a time when it feels sometimes that some screenwriters have forgotten how to create good dialogue.

The take it or leave it aspect of this being a Jim Jarmusch film will most likely come into play for most people when he takes this film into the weird territory of breaking down the line between the characters and the actors. Early on when Adam Driver refers to a song playing on the radio as ‘the theme music’ you realise that Jarmusch breaks down the third wall and here the actors know they are ‘characters’ in a movie. That might be a little confronting and a little weird for those that are not used to alternative film-making but once you get a handle of it it is something that adds to the creativity and uniqueness of the film.

The resulting nature of the film does allow its stars to shine. Bill Murray and Adam Driver seem to enjoy the deadpan style of their character’s interactions. The pair seem to share an amazing on-screen partnership that only enhances the film. Jarmsuch’s star-pulling power also sees the likes of RZA (The Man With The Iron Fists, American Gangster) and Selena Gomez (Spring Breakers, Hotel Transylvania)  play smaller roles in the film while the inclusion of screen veterans like Danny Glover (Lethal Weapon, 2012) also add to the films atmosphere. Jarmusch also doesn’t waste his plethora of stars giving them all memorable moments while also brilliantly giving small nods to their past roles throughout the film.

What Jim Jamusch has created here is a smart horror-comedy that deserves all the accolades that the film has been garnishing. The film is smart enough to be different that previous zombie horror-comedies like Zombieland and Shaun Of The Dead and has that unique Jamusch stamp on it which will mean it is a film that will be adored by those who love his unique style of filmmaking.