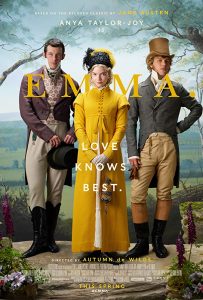 Summary: In 1800s England, a well meaning but selfish young woman meddles in the love lives of her friends. 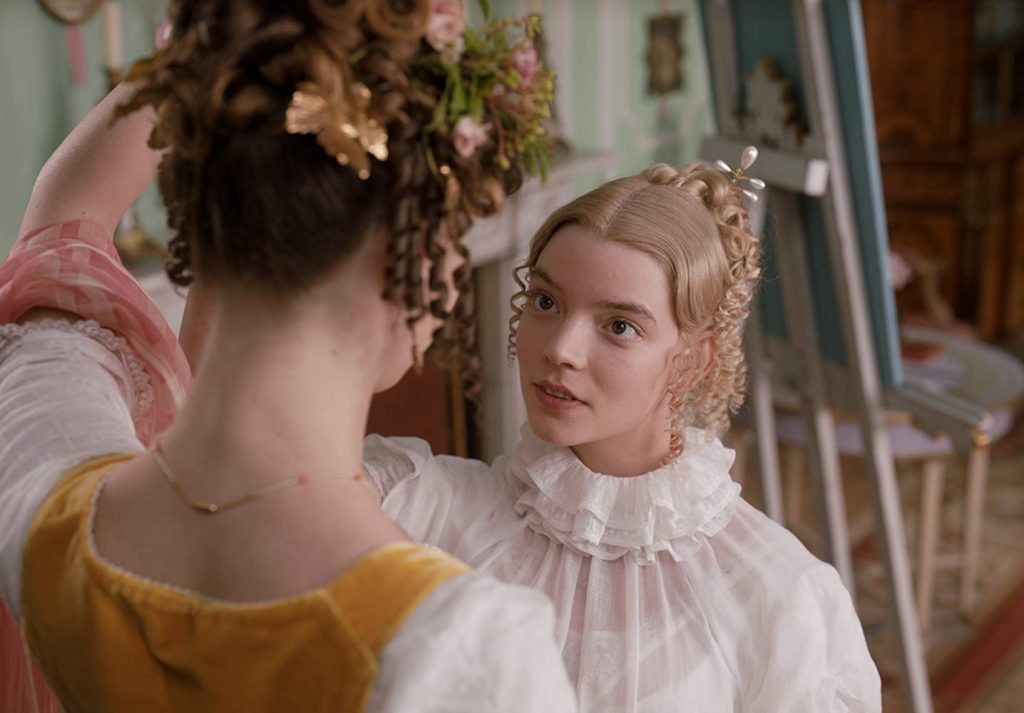 It is funny when you are sitting in a group of film lovers and someone mentions that a film is about to be remade. There always seems to be a collective groan go up. The same thing happens when it is mentioned that a novel adaption is about to hit screens and it is a novel that has already had several versions adapted for cinema. I’m not one to buy into that though because as we have seen recently various filmmakers view the source material in different lights and that can sometimes lead to some very special variations.

Take Little Women for example. When Greta Gerwig announced that she was working on a film based on the much loved novel those groans were ever present, but the result was a film that most people had listed in their Top Ten lists at the end of the year, and a film good enough to even garnish Oscar nominations. As if to prove those who give the collective groan are very wrong now we welcome director Autumn de Wilde’s (The Postman Dreams) take on the classic Jane Austin novel Emma into the cinemas… and I am happy to say that this is a delightfully fresh re-imagining.

The film doesn’t stray too far from the source material. Living in Victorian times Emma Woodhouse (Anya Taylor-Joy – Split) is as close to perfection as one can get. She spends her days looking after her pessimistic father, the wealthy Mr Woodhouse (Bill Nighy – Love Actually), her night conversing with one of her best friends George Knightley (Johnny Flynn – Beast), and pretty much all the time helping out female friends like Harriet Smith (Mia Goth – Suspiria) with their love lives.

So well regarded is Emma that it seems that people take her advice as gospel but as the film goes on we learn that her advice is not always perfect and can accidentally lead to paths of pain while at the same time the arrival of the handsome enigma Frank Churchill (Callum Turner – Green Room) has many locals predicting that it is finally Emma’s turn to be romanced… a notion that strikes fear into her father’s heart.

There are a lot of different ways that de Wilde could have sculptured this film. It could have been an epic romance where the characters swooned over each other constantly like a Mills & Boon novel, or even an intense drama with characters flashing each other steely glares in between wailing and shouting matches. Instead de Wilde, alongside screenwriter Eleanor Cotton (The Luminaries), has delivered a lighter version of the story with moments of true comedy.

That decision could have been thwart with danger. Comedy is one of the hardest genres to ever pull off, especially in this time when it feels that what can be and can’t be laughed at changes from day-to-day. However, what de Wilde and Cotton have created here is a beautifully light film with impeccable comedic timing and lines. In other words this is an enjoyable film that will actually make you laugh throughout while never straying into that over-the-top type of comedy that we saw with The Favourite.

Of course the film is not all about laughter. Yes Bill Nighy manages to steal the odd laugh here and there but Cotton’s screenplay does still deliver a lot of the drama that made Austen’s novel such a best seller. If you’ve had the chance to read the source material then the film is going to throw up a couple of curve-balls that will truly stun you, while the film also provides enough characterisation to see the audience divided into Team Knightley and Team Churchill when it comes to the men that could possibly sweep Emma off her feet.

So natural is the way that the film plays it that it also allows its cast to shine. It is a joy watching Anya Taylor-Joy in a role away from the more hardcore roles that she seems to gravitate to. Here we see a well-rounded performance that shows that she is talented enough to be able to tackle any genre of film she sets her mind to. Likewise Johnny Flynn shows why he can easily become one of Hollywood’s leading men, and I’d be lying if I didn’t say that I found myself on Team Knightley pretty early on. Then there are Bill Nighy and Josh O’Connor (Cinderella) who manage to steal scenes with great comedic timing, both produce brilliant performances to the point where at times O’Connor only has to appear on the screen to have the audience start to snigger.

Emma is the kind of film that will take its audience through a range of emotions. You will laugh and some may cry but everyone will leave the cinema knowing they have watched a delightfully entertaining film that goes far beyond what anyone would have expected from it. 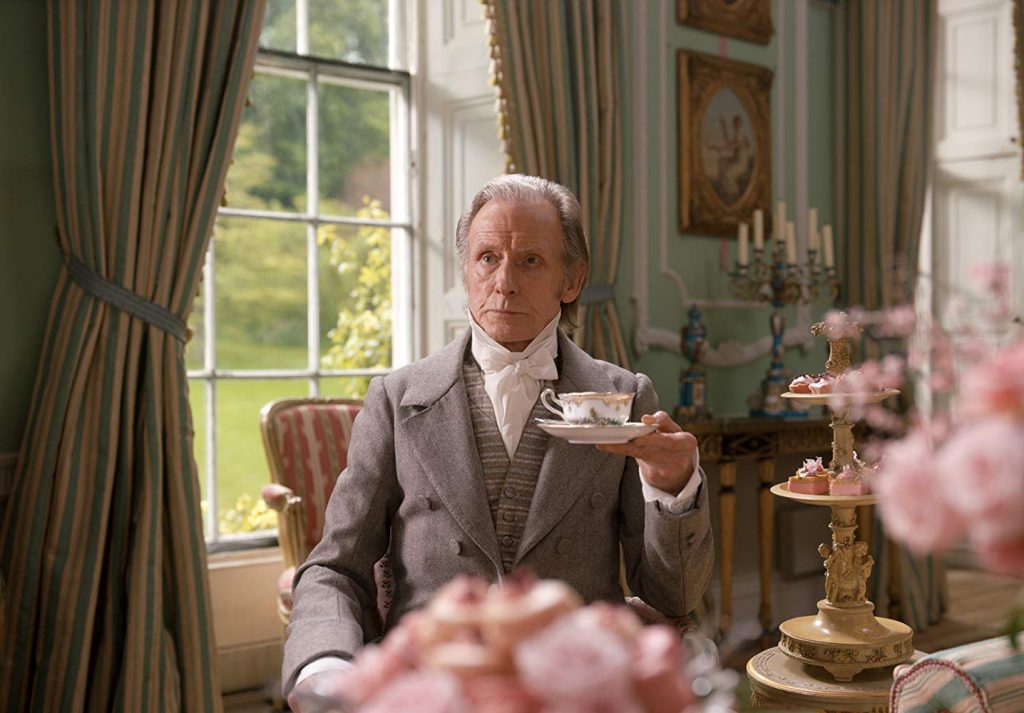