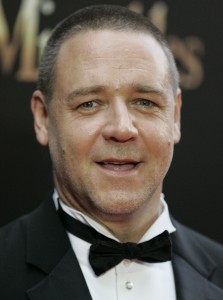 At the moment, award season buzz is centering largely around the magnificent performances of Matthew McConaughey and Jared Leto in “Dallas Buyers Club.” The two men’s performances have reminded a lot of film journalists at how well some actors have depicted gay characters on screen over the years, so let’s take a look at some of the actors who played gay characters not only well, but tastefully and with respect.

Russell Crowe: Yes, it may come as a complete surprise to many, but the great Russell Croweonce played a homosexual character on the big screen. It was before Crowe was making Hollywood blockbusters like “Gladiator,” so people can be excused if they haven’t heard of the film, but it was in an Australian film called “The Sum Of Us.” If you haven’t seen it, then you may certainly want to hunt it down and give it a watch because directors Geoff Burton and Kevin Dowling did a pretty decent job. The film itself has Crowe play Jeff Mitchell a young gay man searching for Mr. Right. His search brings him closer to his father, Harry Mitchell (Jack Thompson), who is now in the look for Miss Right. Touching, yet entertaining, the film is just a true romantic drama.

Ian Somerhalder: Long before he was playing vampire Damon Salvatore in “The Vampire Diaries,” Ian Somerhalder appeared in the very underrated flick “The Rules Of Attraction.” The flick was closely linked to “American Psycho,” was directed by Roger Avary and never really received the recognition it deserved as its alternative style of film-making made it an absolute gem. Somerhalder played Paul Denton, a young gay college student, who was disillusioned with the ‘queens’ around him and finds himself falling in love with the troubled and nasty Sean Bateman (James Van Der Beek) who was accidentally breaking hearts right across the campus.

Heath Ledger and Jake Gyllenhaal: How could anybody put together a list of actors who have played gay characters without mentioning Jake Gyllenhaal and the late Heath Ledger? When Ang Lee first put together “Brokeback Mountain,” even he admitted he wasn’t sure how the film would be received, after all was there a market for a film about a gay relationship between two cowboys? He need not have worried as the film went on to record 100 award wins worldwide, including three Oscars. It also earned Oscar nominations for Michelle Williams and the two male leads Heath Ledger and Jake Gyllenhaal. Ledger and Gyllenhaal put in brilliant performances as they played Jack Twist and Ennis Del Mar, two young cowboys involved in a passionate yet troubled relationship.

Michael Douglas and Matt Damon: When it was first announced that Michael Douglas would be playing Liberace and Matt Damon his boyfriend, Scott Thorson, the film world scoffed. In fact, they more than scoffed because the roles both seemed so out of character for both actors that many thought the film would just not work and it was pretty much decided that “Behind The Candelabra” was going to become a car-wreck of a film. People should never have doubted the creative mind of director Steven Soderbergh because he brought out the best in both actors, so much so that film critic Adam Ross was quoted on The Good The Bad The Ugly Film Show as saying “Douglas was so far into character it looked like he wanted to jump Damon between takes.” So good were Douglas and Damon’s performances that both have had their names mentioned during awards season.

Sean Penn: Another actor who ended up becoming an award winner while playing a gay character was Sean Penn. Penn picked up the Best Actor Academy Award in 2009 when he appeared in Gus Van Sant’s film “Milk” in the title role – playing gay activist Harvey Milk. His fellow co-star Josh Brolin also picked up the Best Supporting Actor Academy Award for playing Dan White in the film that had critics ecstatic upon its release.

Tom Hanks: The great Tom Hanks also picked up an Oscar for playing a gay character when back in 1993. He played Andrew Beckett, a lawyer suffering from AIDS in the “Philadelphia.” The film not only educated the world on how hard it is for somebody infected with AIDS, but also dealt a valuable lesson about homophobia as Beckett is forced to work with a homophobic lawyer named Joe Miller (Denzel Washington). The film may be over 20 years now, but if you have never seen “Philadelphia” then it is certainly worth taking a look at.

With so many actors winning awards over the years for playing gay characters then it may seem like Mr. McConaughey and Mr. Leto might be in a good position as we all head into Awards season.