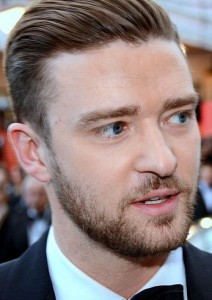 When Justin Timberlake announced that he was putting his musical career on semi-hiatus to pursue a career as an actor many laughed. They had every right to; after all many singers had tried to take that path and failed miserable, some in spectacular very public performances as anyone who ever saw “Glitter” would attest to.

On reflection, the move shouldn’t have been such a shock. After all, Timberlake had made his entertainment debut as a young star on the television show “The Mickey Mouse Club.” Even when he was at his peak with pop group NYSNC, he was making appearances in television shows including “Sabrina, The Teenage Witch” and “Touched By An Angel.”

Even before his first solo album in 2002, Timberlake had appeared in the Disney television movie “Model Behavior,” had an uncredited role in feature film “On The Line” and also appeared in the crime comedy “Longshot.”

Timberlake’s first starring role in a film came in 2005’s crime thriller “Edison,” a film that was well received and also saw Timberlake share the screen with acting royalty like Morgan Freeman and Kevin Spacey. From there he soon found himself also getting good write-ups from critics for his roles in “Alpha Dog” and “Black Snake Moan.” However, the same couldn’t be said for “Southland Tales” or “The Love Guru.” The latter may have starred Mike Myers and Jessica Alba, but it is universally regarded as one of the worst films ever made.

“The Love Guru” did have a negative effect on Timberlake’s career. It seemed even a voice acting role in the popular “Shrek The Third” couldn’t really over turn the negative press that came from “The Love Guru” and soon he found himself appearing in other poorly received films like “The Open Road” (alongside Ted Danson) and the straight-to-video action flick “Next Big Thing.”

The string of bad films had started some of the Timberlake-haters saying they had been right all along and that Justin Timberlake’s film career was dead in the water. That soon changed though when director David Fincher took a chance on Timberlake and cast him as Napster creator Sean Parker in the well-received biopic “The Social Network.” Many critics referenced the fact that Timberlake stole the show with his performance and it seemed that the good press was enough to kick start his career once again.

Soon he was voicing the crowd favorite Boo Boo in “Yogi Bear” and then making the adults laugh in the underrated comedies “Bad Teacher” (with Cameron Diaz) and “Friends With Benefits” (with Mila Kunis. “In Time” saw Timberlake add science fiction to the growing list of genres that he had tackled while his appearance alongside Clint Eastwood in the baseball flick “Trouble With The Curve” while his role in the Coen Brother’s flick “Inside Llewyn Davis” showed the arthouse crowd that Timberlake does indeed have some fine acting skills. Sadly, his appearance alongside Ben Affleck in the thriller “Runner Runner” was let down by a poor script, but any decent cinema goer now knows that Timberlake has enough acting points in the bank to get over one bad role.

There is no doubting that Justin Timberlake has now made it as an actor and seeing that his last solo album was poorly received by the critics, he should be feeling very happy that he chose a career on the big screen over one behind the microphone.